A night of  films investigating the role of architecture, infrastructure and urban design in the creation + destruction of healthy social environments. Each film is a visual exploration of unforeseen circumstances of urban design impacting of society as a whole. 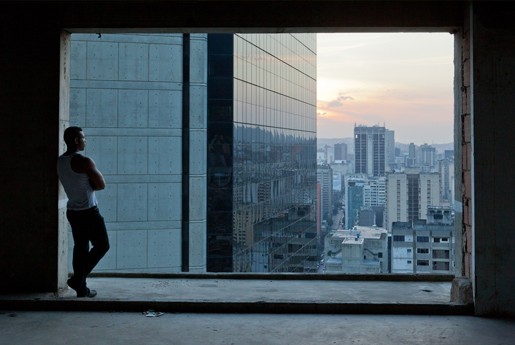 Urban-Think Tank’s Torre David (2013) tells the story of the occupation of the eponymous building, a 45-story office tower in Caracas, Venezuela that was almost complete when it was abandoned following the death of its developer in 1993 and the collapse of the country’s economy. Today, it is the improvised home of a community of more than 750 families, living in a self-built spaces within the building’s shell, that some have called a vertical slum.

Urban-Think Tank and Justin McGuirk won the Golden Lion at the 2012 Venice Biennale for their provocative installation responding to the Torre David and telling its story – research that would also give form to a celebrated publication. We are delighted to be bringing the recently completed cinematic version of UTT’s ongoing research on this widely debated tower to the screen in the UK for the first time.

Italy, home of ruins: A foray into the unfinished, Italy’s most prominent architectural style between the end of WW2 and the present day.

Buildings in a limbo between perfection and nothingness, given up on halfway through their construction, fallen into ruin before they were ever used, are an integral part of the Italian architectural landscape: Stadiums without audiences, hospitals without patients, theatres that after 50 years have not yet seen their premiere.
This is a study of the potential value of unfinished buildings in Italy and of man’s ability to adapt them to his everyday needs. These ruins, whose future has already passed and whose present carries the taste of an eternal wait, act as an invitation to meditate about time. 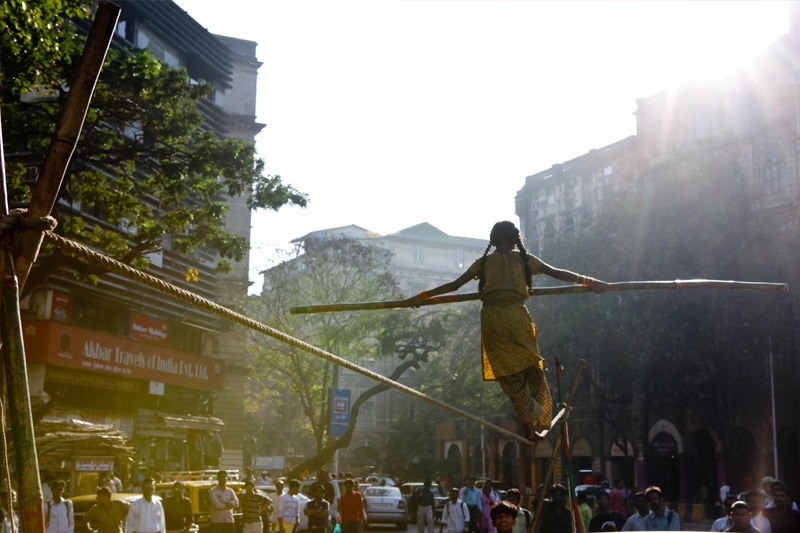 Made in partnership with The Holcim Foundation and ETH Zürich, this short film from Urban-Think Tank provides visually captivating insights into a city that is struggling with rapid growth. Featuring interviews with experts about the role of architects and planners in humane urban development.

Dr Flavia Marcello: Flavia is Senior Lecturer in the School of Design at Swinburne University after previously teaching architectural history and design at Deakin and Melbourne Universities and Temple University’s Rome Campus. Flavia’s specific research interests include Italian Modernism; interiors, exhibitions and urban spaces of the Italian Fascist Era; and the role of adaptive re-use in sustainable design.

Professor Kim Dovey: Kim is Professor of Architecture and Urban Design in the faculty of Architecture, Building and Planning at the University of Melbourne. His research on social issues in architecture and urban design has included investigations of housing, shopping malls, corporate towers, urban waterfronts and the politics of public space. Books include ‘Framing Places: Mediating Power in Built Form’ (Routledge 1999, 2008)  ‘Fluid City’ (Routledge 2005) and ‘Becoming Places’ (Routledge 2009). Current research projects include those on urban place identity, creative clusters, transit-oriented urban design and the morphology of informal settlements.