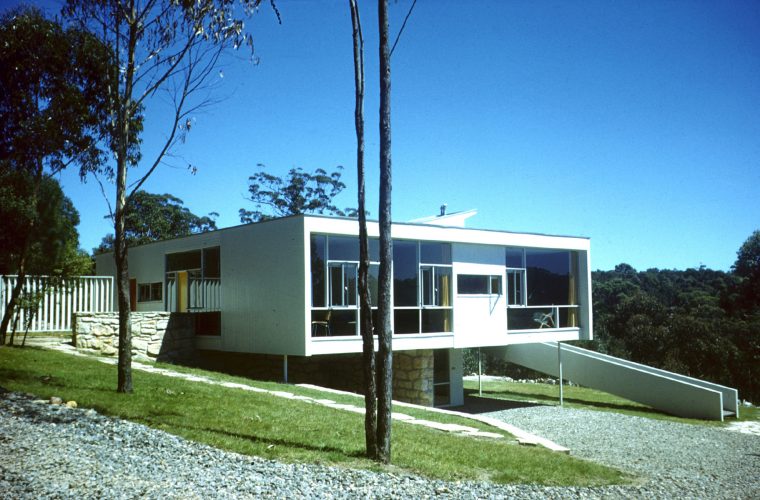 The Rose Seidler House was the first Australian domestic commission of Vienna-born, USA-trained architect Harry Seidler. By 1956, he had designed and built three houses for Seidler family members on a 16 acre (6.5h) bushland estate on Sydney’s northern fringe, linking the sloping site with a curving driveway among tall eucalyptus. Rising from natural bush rock foundations, the Rose Seidler House is a flat-roofed, floating cube built of reinforced concrete and timber, featuring extensive use of glass. All twelve rooms have wide views of surrounding bushland with direct or close contact to related outdoor areas. Moveable dividers maximise the flexibility of internal living spaces.
The Rose Seidler House was awarded the Sulman Award in 1951.