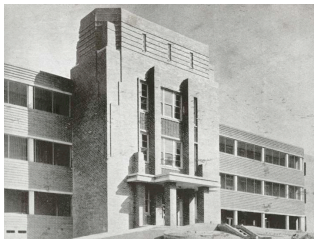 Description: The first of a series of modern multi storey hospital wards designed in the 1930s by the NSW Government Architect. Similar examples survive at Murwillumbah and Wallsend.

The two Medical Ward blocks were intended to be the first pair of a series of similar blocks, however the Depression of the 1930s resulted in the programmed expansion of the hospital being curtailed. Plans survive showing where the third block, Block C was to be located.

The two blocks erected are similar in design, each having a central entrance with lifts and stairs, flanked by two wards, each with a north facing verandah. The same layout was repeated on each of the three floors. The wards were cross ventilated, to take advantage of the sea breezes that were the reason for the initial siting of the hospital The central section contained facilities for staff and a number of individual rooms, the later in a wing extending out to the south. The sanitary facilities were located to the rear of each ward. The fire stairs and the rear drying balconies were open to the fresh air. Rear verandahs provided access between the central spine and the wards toilet and bathroom areas. Boilers were located in the basement at the eastern side of each block.

Internally evidence of the original layout survives, however some of the wards have been subdivided. 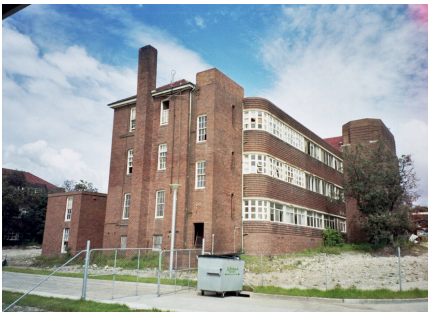 View of the Heffron ward block, circa 2008. Noni Boyd 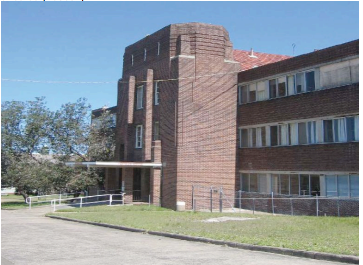