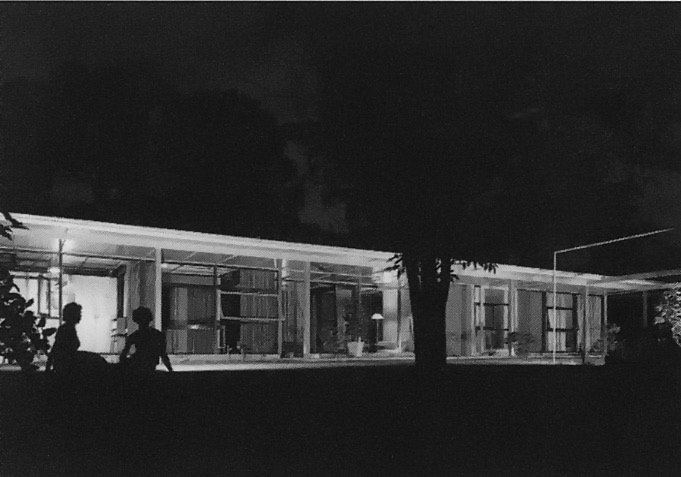 Sydney Ancher was the winner of the 1975 Gold Medal for Architecture as one of the Australian pioneers of the Modern Movement. His houses in the landscape evoke the essence of Australian buildings by the use of horizontality, uncomplicated flat roofs and pergolas in the contemporary mode resembling the traditional verandah function. Robin Boyd stated, ‘Sydney Anchor’s houses … are in the best Australian tradition of horizon bleached colours and decorative shadows … an undeviating search for simplicity.’The first house he built in Killara won the Sulman Medal in 1945. This house, his third for his family, was built as a sophisticated post and beam, flat roofed pavilion-in-the- landscape with a Japanese influence.