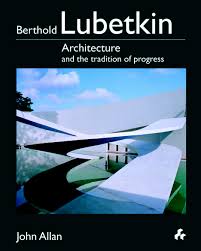 Berthold Lubetkin: Architecture and the tradition of progress was originally published in 1992 by RIBA Publications and is widely regarded as the definitive account of the life and works of Berthold Lubetkin (1901 – 1990), Britain’s leading Modernist architect. In 1982, at the age of 81, he was awarded the RIBA Royal Gold Medal for Architecture and he is believed to have more listed buildings to his credit than any other twentieth century architect in Britain. Lubetkin’s prime years in practice were during the 1930s, with his pioneering work leading the Modern Movement in Britain. He continued to have a prolific output in the post-war years. An exhibition of Modern Architecture in England at the Museum of Modern Art in New York in the 1930s established Lubetkin as a celebrated figure in the US and his name still carries that legendary status.

Following a 20-year friendship, author and architect John Allan documents unpublished drawings, photographs, and extracts of writing in this richly illustrated study. Allan sets Lubetkin’s work in the wider historical, social and political environment of the time. From his early work in Paris in the 1920s, when he was acquainted with renowned architects such as August Perret and Le Corbusier through to the work of his practice Tecton, the book provides a comprehensive account of his landmark buildings for London Zoo, Finsbury Borough Council and the famous Highpoint apartments. His post-war work, including the troubled project to build Peterlee New Town, is also fully covered.In addition to his outstanding architectural achievement, Lubetkin’s life provides much speculation, this book reveals the man behind the architecture: a survivor of the Russian Revolution, European traveler, social commentator and intellectual in Europe during the 1920s associating with leading figures of the avant-garde and a committed social activist in Britain throughout the twentieth century. Lubetkin’s name, achievements and prestige continue to feature in international discourse on architecture and the Modern Movement.This updated and comprehensive study is an essential book for students of architecture and the modern period, practitioners of architecture and design alike, as well as anyone with an interest in one of the great figures in twentieth century architecture. 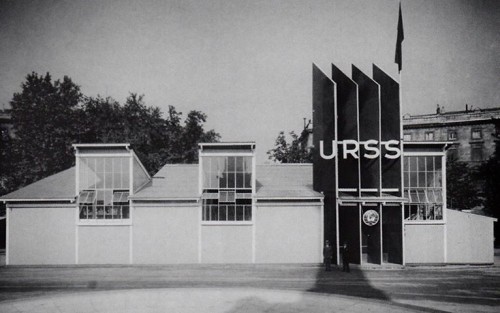