The Trust Talks – Beauty or the Beast? Communicating the Value of Twentieth Century Heritage, Brisbane, 18 October 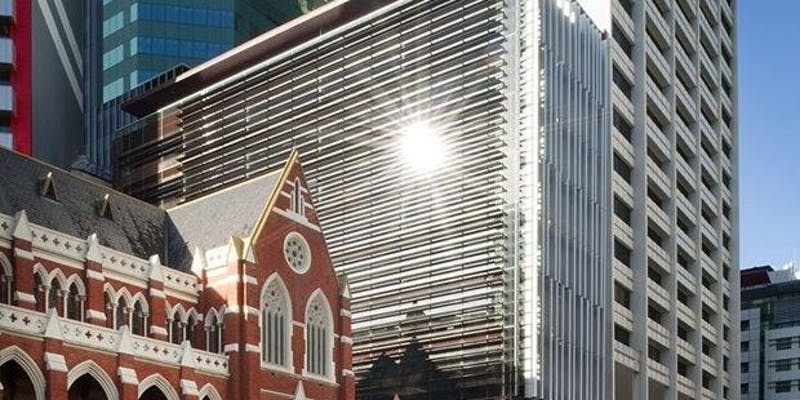 The Trust Talks – Beauty or the Beast? Communicating the Value of Twentieth Century Heritage, Brisbane, 18 October 2018

Join us for an evening of inspiring talks by international experts on modernist heritage as we examine the value of this much-maligned aspect of our heritage.

Queensland’s twentieth century heritage is rapidly disappearing – places from the modernist era struggle to even gain statutory listing. A lack of appreciation and understanding is hindering our efforts to gain recognition for these places.
In this environment, how should we communicate the value of a type of building that many people find ugly or unattractive – more importantly – if we can’t communicate this value, how can we expect people to appreciate it or protect it?

With a passion for unearthing secret and forgotten histories, curator and researcher Rebecca Hawcroft examines how knowing and telling the stories behind our twentieth century heritage can bring greater support for its protection.

Rebecca Hawcroft is an experienced researcher and writer in the field of twentieth century architecture. She has authored numerous articles published in Architecture Bulletin, Historic Environment and entries to the 2012 Encyclopedia of Australian Architecture and the forthcoming Thames & Hudson publication Modern. Rebecca also has more than fifteen years consulting experience as a heritage practitioner having held positions at GML Heritage and the Heritage Division, NSW Office of Environment and Heritage and recently for Sydney Living Museums where in 2017 she curated the Museum of Sydney exhibition The Moderns: European Designers in Sydney. In 2017 she was editor and primary author of the publication The Other Moderns: Sydney’s Forgotten European Design Legacy, published by NewSouth Press.

Internationally, professional and scholarly interest twentieth-century heritage places is growing, yet significant works of the era are underrepresented on heritage registers from local inventories to the World Heritage List. Much of the world’s heritage from this period remains at risk and in need of identification, conservation and protection. While heritage professionals and scholars are increasingly alert, general public motivation and appreciation lags behind. This year, Sheridan Burke has spent too much time in airports, but has been able to reflect a little on generational change and the journey of (un) loved modern to beloved modern.

Sheridan Burke is a Principal of Robert A Moore Architects and Heritage Consultants, based in Sydney, Australia. She’s worked in urban planning, heritage site management, historic house museums and interpretation for more than 35 years. Sheridan is passionate about conserving modern heritage places and her current work for the Getty Conservation Institute’s Keeping it Modern program involves her collaborating with site managers and owners of modern heritage places all over the world. As an expert member of the Sydney Opera House Conservation Council and its Expert Architects Panel, she is also actively engaged in conserving Australia’s modern architectural masterpiece as it undertakes a decade of renewal, and she also spends a lot of volunteer time supporting modern heritage places at risk through ICOMOS Heritage Alerts as the secretary general of the ICOMOS Twentieth Century Heritage International Scientific Committee and a Vice President of the DoCoMo Mo Australia working party. In an era of declining statutory support for heritage, Sheridan Burke shares thoughts from the transfer gate.

Wesley House is an illuminating example of “infill development” – the placement of new buildings within existing historic environments. It provides a spectacular view of historic churches, the 1930s City Hall and Brisbane’s twentieth century city streetscape.

Parking is available nearby at the Brisbane City Council King Georges Square carpark, for a flat rate of $5 after 4.30pm. Entry to the carpark is via Roma Street and Adelaide Street.
For more information: https://www.brisbane.qld.gov.au/traffic-transport/parking-permits/car-parks/king-george-square-car-park