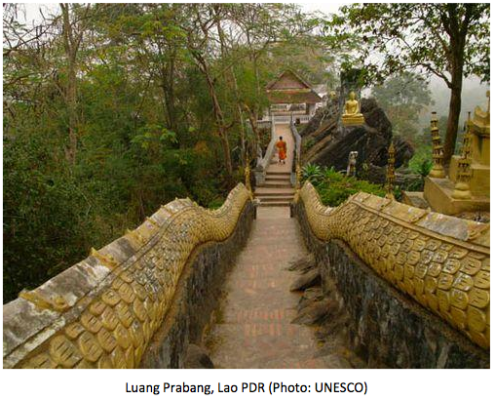 After a policy process that lasted 6 years, UNESCO’s General Conference adopted on 10 November 2011 the Recommendation on  the Historic Urban Landscape, a new international instrument that aims to facilitate the integration of the different disciplines for  the analysis and planning of the urban conservation process, in order not to separate it from the planning and development of  the contemporary city. At its adoption the General Conference requested to be informed of the countries and cities that have been  working with this new instrument, its  usefulness and the first results. UNESCO Headquarters in Paris has decentralized this  important task to WHITRAP in Shanghai, which will take the lead in assembling  a  comprehensive report to UNESCO’s General  Conference, which is due for October 2017, with regular updates before that to its Executive Board.

At Tongji University’s Advanced Research Institute for Architecture and Urban-Rural Planning, with institutional assistance of  WHITRAP in Shanghai, a special programme has been set-up on the implementation of this new UNESCO Recommendation and the  application of the HUL approach in Asia. In the coming three years this approach will be applied in a series of pilot cities  on  Mainland China, the outcomes of which will become part of an advisory report to the  central Government in Beijing on the merit  and benefits of historic urban landscape conservation and management in China. Next to this, a reference group of pilot cities will  be selected outside in the wider Asia-Pacific region to provide for regional comparisons and broader insights into the process. The  talk will provide an outline of the implementation strategy for HUL and the first results of its application in India, where WHITRAP is  working with the World Bank in a large technical assistance programme to the Government of India.

Dr. Ron van Oers worked for UNESCO’s World Heritage Centre in Paris for twelve years (from 2000 to 2012), where he supervised and coordinated a variety of projects and programmes. Between 2003 and 2005 he was the Chief of Unit for Latin America & the  Caribbean.  From 2005 to 2012 he  coordinated the  World Heritage Cities Programme, under which he spearheaded the  international effort to develop new guidelines for urban conservation that were adopted by UNESCO’s General Conference in  November 2011 as the Recommendation on the Historic Urban Landscape. In October 2012 Ron became Vice Director of the World  Heritage Institute of Training and Research for Asia and the Pacific (WHITRAP) in Shanghai, China, where he was also appointed as  Senior Researcher at Tongji University’s Advanced Research Institute for Architecture and Urban Planning to set up a research programme for the application of the Historic Urban Landscape approach in China. While living and working in Shanghai now, he  remains the coordinator of the  implementation of the new Recommendation on the Historic Urban Landscape as well as the  Netherlands Trust Fund for UNESCO. In March  2012 his book  The Historic Urban Landscape  – Managing Heritage in an Urban  Century (co-authored with Francesco Bandarin) was published by Wiley-Blackwell in Oxford, UK. Currently he and Francesco are  writing a sequel to this book, scheduled for publication by Wiley-Blackwell in Spring 2014.