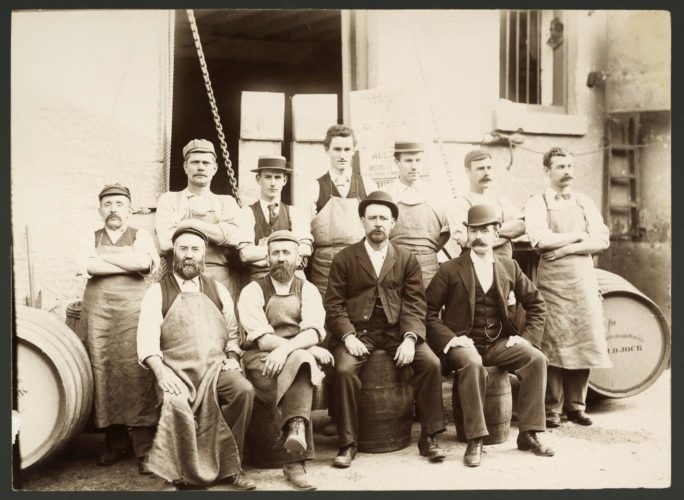 SUNDAY 19 MARCH 2017 3.30PM–4.30PM
The Central Park precinct between Broadway and Chippendale is an award-winning development of apartments, shops and offices, enlivened by parks and historic laneways. Its centrepiece is the 1911 Irving Street Brewery and its 62-metre chimney, a relic of the old Kent Brewery that occupied this entire 5-hectare site for over 170 years.

When John Tooth and Charles Newnham brewed their first beer here in 1835, they were on the outskirts of the city, on swampy land near the paddocks of Newtown and Redfern. Over time, a warren of barley and malt stores, kilns, brew houses and workshops were built behind the Kent Brewery entrance gate, hemmed in by terrace houses, pubs and the steadily growing city. The aroma of malt and hops lingered in the air, and heavily laden trucks made constant deliveries. Greater urban density meant that more neighbours objected to the noise and smell, and traffic congestion made getting materials in and out of the brewery increasingly difficult. By the turn of the 21st century, this island of industry within central Sydney was an anachronism. It closed its gates in 2008.