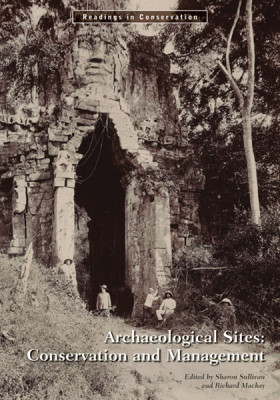 Dr Barry Jones, AO will formally launch this landmark publication on the conservation and management of archaeological sites. Prof Sharon Sullivan, AO and Prof Richard Mackay, AM will each provide a short presentation, highlighting some of the outcomes from the research and review of more than 1000 published papers that led to the selection in the readings volume. They will also highlight contemporary issues and approaches to values-based management of archaeological sites

This book is the fifth volume to appear in the Getty Conservation Institute’s ‘Readings in Conservation’ series, which gathers and publishes texts that have been influential in the development of thinking about the conservation of cultural heritage. The volume features more than seventy texts that have made important contributions to the understanding of the conservation and management of archaeological sites, addressing key issues from both a historical and a contemporary perspective.

The readings cover a broad spectrum of site types, geographic locations, cultural contexts, and methodological approaches and techniques. They range chronologically from early eighteenth-century memoirs and late nineteenth- and early twentieth- century texts by such pioneers as Heinrich Schliemann and Sir Arthur Evans to a thorough representation of recent scholarship. The volume is divided into five parts focusing on historical methods, concepts, and issues; conserving the archaeological resource; the physical conservation of archaeological sites; the cultural values of archaeological sites; and site management.

Dr Barry Jones, AO, is one of Australia’s living treasures as well as a writer, broadcaster and former Labor politician. Barry represented the federal seat of Lalor (1977-98) and in the Hawke Government became Australia’s longest serving Science Minister (1983-90). He served as National President of the Australian Labor Party 1992-2000 and again 2005-06. Barry’s career has spanned education, film, politics, civil liberties, constitutional change ‘the knowledge society’ and of course heritage. He is a member of Australia ICOMOS and has represented Australia in heritage matters at UNESCO and the World Heritage Committee. He has just retired from a long and distinguished term as Chair of the Port Arthur Historic Site Management Authority.

Professor Sharon Sullivan, AO, is a former Executive Director of the Australian Heritage Commission and Member of the Australian Heritage Council as well as the current Deputy Chair of the NSW Heritage Council and Chair of the Port Arthur Historic Site Management Authority. Sharon has worked and published extensively on cultural heritage management in Australia, Cambodia, China, the Pacific, Africa and the USA. She is an Adjunct Professor at three Australian universities, a Fellow of the Academy of the Humanities and has been awarded an Honorary Doctorate, from James Cook University, a lifetime achievement award by the National Trust and the Rhys Jones Medal for her outstanding contribution to Australian Archaeology. In 2005 she was appointed an Officer in the Order of Australia for her service to cultural heritage conservation.

Professor Richard Mackay, AM, is a Partner of Godden Mackay Logan Pty Ltd, Heritage Consultants and Adjunct Professor in the Archaeology Program at La Trobe University. Richard has directed major historical archaeological excavations including the ‘Big Dig’ in Sydney’s historic Rocks precinct. He is the Chair of the Australian World Heritage Advisory Committee and Team Leader for the Angkor Heritage Management Framework project. Richard has also served as a member of Australia’s State of the Environment Committee, the NSW Heritage Council and as a member of the Australia ICOMOS Burra Charter Working Party. In May 2013 he was the inaugural recipient of the Sharon Sullivan award for lifetime contribution to Australia’s National Heritage. In 2003 he was made a Member of the Order of Australia for services to archaeology and cultural heritage management.