Sydney / Symposium for 200th anniversary of the Rum Hospital 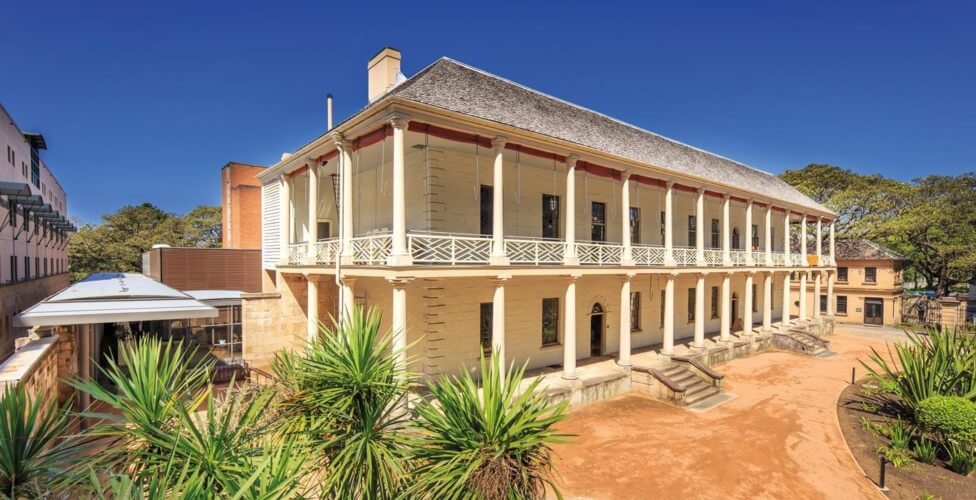 A Future for the Past

A Symposium to mark the 200th anniversary of the Rum Hospital

On the 200th anniversary of the opening of Governor Macquarie’s General ‘Rum’ Hospital for convicts, we invite you to discover the compelling history of the oldest surviving public buildings in central Sydney.

From its origins serving convict patients to its many adaptations as the Sydney Dispensary and Infirmary, Sydney Hospital, the Sydney branch of the Royal Mint and NSW Parliament House, the site of the Rum Hospital, its new building and those that remain, are interwoven with some of the most important events in New South Wales history.

A Future for the Past, to be held in what was originally the south wing of the hospital,explores this compelling two century story – from the management of health in the early colony, the later functions of its original buildings and the wider history of Macquarie Street; through to the award-winning rejuvenation of The Mint and the future promise of this significant site.

Hosted in partnership with the Government Architect’s GA200+ event series, the symposium will also reveal a long, never uncontroversial history of public architecture and heritage in NSW – from the Hospital’s original design and construction, the adaptive reuse of its buildings and the changing face of heritage activism.

To find out more about this event, including the full line-up of speakers please visit our website.

Admission price includes: lunch, refreshments and a complimentary copy of the book The Mint Project (RRP $65)

Sydney Living Museum WebPage about the Event
The Rum Hospital is often referred to as Sydney’s first public–private partnership, and its history reveals much about Australia’s first city.

Completed in 1816, the Rum Hospital was built to manage the health of the convict workforce, and it remains an important hallmark of Sydney’s character, architecture and government. The project was part of Governor Lachlan Macquarie’s vision for an exemplary imperial administration.

On the 200th anniversary of the hospital, Sydney Living Museums invites you to join us at The Mint at 10 Macquarie Street for a symposium that explores the building’s history, heritage, architecture and politics. The daylong event at what was once the south wing of the hospital will explore three key phases of this significant site: 1816 and the health and architecture of the early colony; 1855 and the creation of the Sydney Mint, Sydney Hospital and NSW Parliament; 1976 and the rejuvenation of the south wing, the changing face of heritage activism and adaptive reuse.

A copy of The Mint Project (RRP $65) is included in the ticket price and will be provided to attendees on the day of the symposium.