Petition to save the Modernist buildings of Robb College

The University is proceeding with contracts to demolish the college. Please sign the petition to the University via the following link. 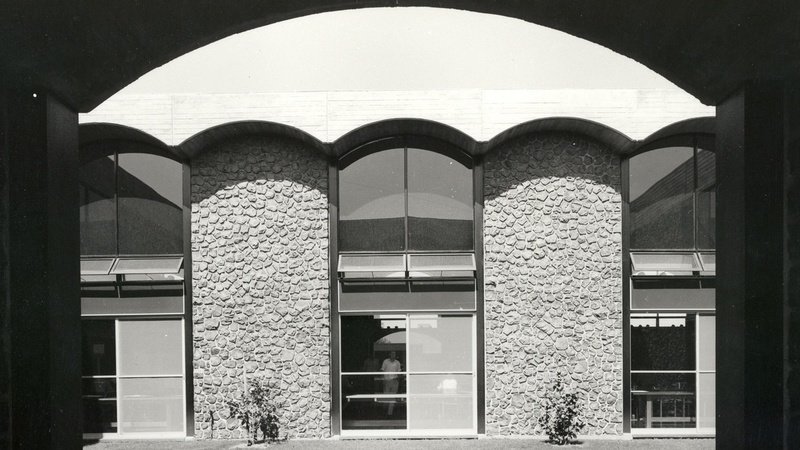 The mid-century Modernist buildings of Robb College are under the imminent threat of the wrecking ball. We are imploring the University of New England to alter its decision.

This current plan is to demolish the bulk of the college, retaining only the dining hall, whilst recycling only some basalt from the other college buildings for reuse in  the new design.
The college was designed by a 24 year old Michael Dysart in 1960 and completed in 1964. This elegant and WELL PRESERVED example of its type is rare in Australian cities, let alone in regional centres such as Armidale, where the college has been a significant part of the University and its identity. University buildings are much like the contents of university libraries; to be retained when significant and used as exemplars, just as Robb College is.

THE FOLLOWING IS AN EXTRACT FROM THE NATIONAL TRUST STATEMENT OF SIGNIFICANCE:
SOURCE:  https://www.nationaltrust.org.au/initiatives/robb-college/

Robb College is one of the first modernist college buildings to be erected on a university campus outside of Sydney. The use of the traditional quadrangle form widely employed for university colleges shows a renewed interest in the use of the Oxbridge model, rather than the American type campus planning of isolated buildings set in parklands.

The design is significant as one of a series of highly individual university buildings designed by the NSW Government Architect’s branch in the late 1950s and early 1960s. It is also a significant example of the work of Michael Dysart.”

The building illustrates a high degree of aesthetic significance through the use of standardised mass produced elements carefully arranged to achieve variations in the structure and courtyard and as a result cost saving through economy of scale.

The buildings’ social significance is expressed through the modern interpretation of the traditional courtyard and quadrangle akin to the Oxford model, and through the use of austerity in materials and importance of transparency and connection through the displacement and interconnection of spaces.”

We are asking that the UNE save $14 million in demolition and rebuilding costs, and follow the recommendation of the NSW National Trust, which has estimated the cost of retaining and refurbishing Robb College to be fit for 300 students at only $7 million.

We are also imploring the UNE to respect the opinions of the NSW chapters of the National Trust and the Royal Australian Institute of Architects, and Docomomo, as well as note that the NSW Heritage Council has ceased action to list Robb College only due to procedural based issues.

Robb College is a significant and valuable example of Australian Modernism at its best and deserves protection, restoration and sympathetic additions.