Like any other modern nation Australia has used architecture to define its institutions that are symbolic of power and government. As a relatively young nation, Australia has particularly drawn on the evolving language of Modernism to define such institutions in the 20th century.

The youngest building included in the Australian selection is the national Parliament House, (1980-88). Although arguably built at the end of the Modernist period, the design sits within a late Modern idiom and is the most significant and awarded civic building in Australia since the Sydney Opera House. The extensive building and landscaping forms a centre-piece in the national capital plan of Canberra and is symbolic of the Australian democratic system.

Canberra has many other significant modern buildings of power, but the High Court and National Gallery of Australia is singled out as another very significant civic group. The precinct exemplifies Australia’s explorations into the late-Modern brutalist language.

The Warringah Council Civic Centre in suburban Sydney is also representative of the late-Modern brutalist language that preceded the High Court and was adopted for a number of urban, civic centres and community buildings.

With the large size of the country, Australian states and their capital cities have always played an important role in the governing of the nation. This sense of distance from the centre of national power is particularly felt in Western Australia, where the capital city of Perth is the site of judicial, political and administrative power for 1/3 of the country. Dumas House in Perth has been selected as representative of the extent of this state government administration. The prominent post-war tower, overlooking the city, displays climatic inflection of the international commercial modern idiom.

Of course not all significant sites of civic power are confined to city and suburban settings. A number of notable modern local government and administrative complexes were built in regional centres in the mid-20th century, and Warracknabeal Town Hall stands out as a fine example of a Dudok-inspired town hall in country Victoria. 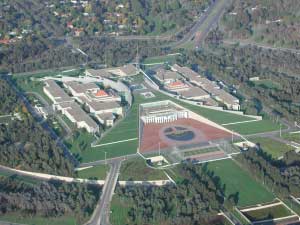 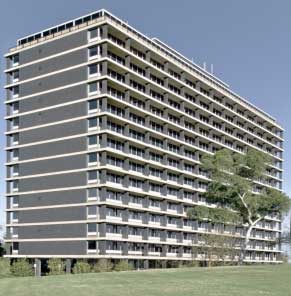 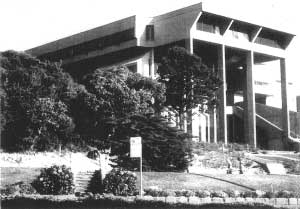 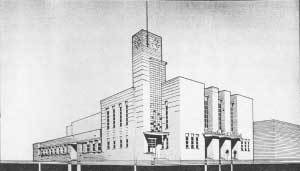