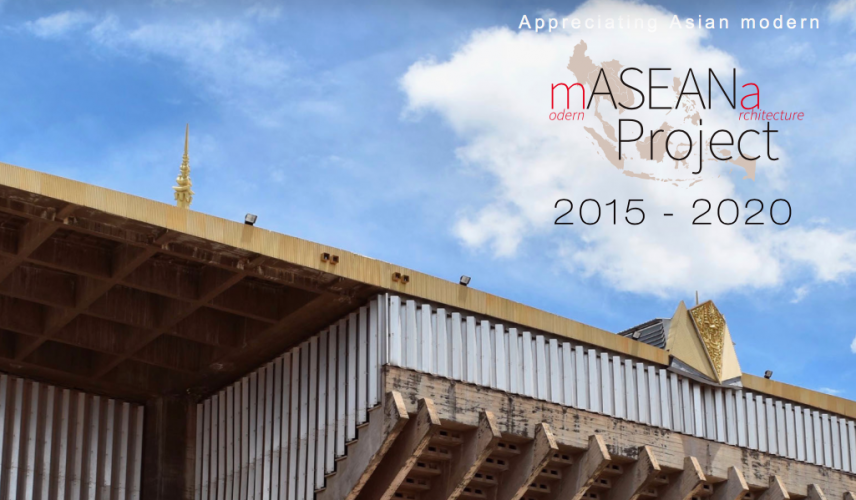 “The mASEANa project, launched in November 2015 and ending in 2020, addresses diverse issues related to the modern architecture in Southeast Asia from both the Japanese and the local perspectives with the support of DOCOMOMO Japan and the Japan Foundation. This international conference has previously been held in Tokyo (March 2013 and 2017), Hanoi (January 2017), Jakarta (January 2017), now is returning to Tokyo and will be organized in Jiyugakuen, a building designed by Frank Lloyd Wright.

As the sequel of the 4th conference held in Jakarta, specialists from Japan, Indonesia, Thailand and the Philippines will be focusing around the theme of modern lifestyle and urbanization as seen through the modern architecture in Japan and Southeast Asia. Besides housing, the conference will also discussing the issues related to sports facilities, urbanization and citizens lifestyle.”

The mASEANa Project 2015-2020: Appreciating Asian Modern is a project promoted by docomomo Japan that came from the coalition of docomomo International, mAAN and ICOMOS ISC20c, with the support of the Japan Foundation with The Toyota Foundation, for the protection, conservation and promotion of modern heritage monuments and sites in south-east Asia.