Int. Exhibition | This Future Has a Past: Gregory Ain / New York 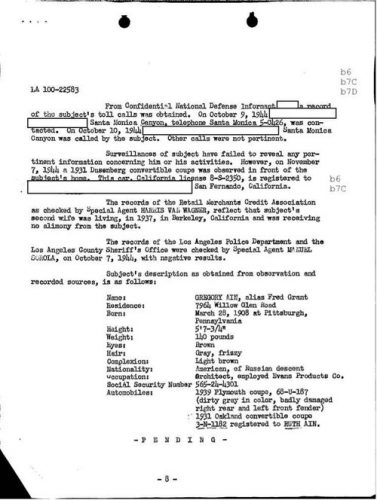 This Future Has a Past

Anyspace will launch its exhibition program on Tuesday, July 25, 2017, with “This Future Has a Past,” a look at architect Gregory Ain originally created by Katherine Lambert and Christiane Robbins for a collateral exhibition at the 15th International Venice Architecture Biennale.

“This Future Has a Past” presents a single work by the late California architect Gregory Ain – his Exhibition House for America’s middle class, the second house to be built in the garden of the Museum of Modern Art, in 1950 – alongside documentation of his “un-American activities” collected during the McCarthy era. J. Edgar Hoover deemed Ain “the most dangerous architect in America.” The fate of Ain’s Exhibition House after the show closed is still unknown. Archival FBI files and MoMA press documents, a newly constructed model of the 1950 Exhibition House, and a series of lenticular images created by Lambert + Robbins call attention to this little-known bi-coastal architectural history.

A multimedia installation that reflects on the life of Gregory Ain, FAIA (1908–1988), and his 1950 Exhibition House for the MoMA garden, the progressive architect’s last significant building. This Future Has a Past retraces the mysterious fate of the house and unearths an extraordinary moment in Ain’s personal history. Originally organized for an exhibition in the 15th International Venice Biennale of Architecture. Presented in cooperation with Anyspace.