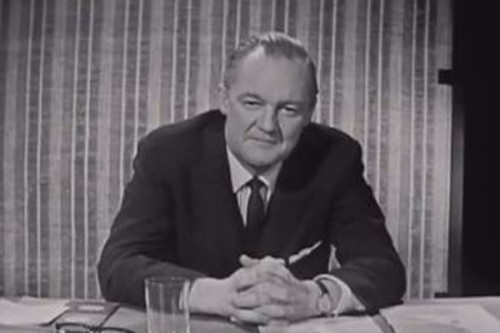 LAST Session! Please join DADo for a night of short films investigating the role of architecture in the creation and destruction of Australian identity. It includes a government propaganda film for Melbourne’s future in 1954, an animation featuring the destruction of the city by its creator, a visual exploration of Enrico Taglietti’s works, and 2 recent released documentary films by Kerry Gardner featuring Lyon Housemuseum and Robin Boyd: Australian Beauty.

Local Heroes II
A night of short films investigating the role of architecture in the creation + destruction of Australian identity including the propaganda film for Melbourne’s future, the destruction of a city by its creator, a visual exploration of Enrico Taglietti’s works and a brand new released documentary film on Robin Boyd.

Planning for Melbourne’s future, 1954, 17.54 mins, Melbourne Metropolitan Board of Works (a propaganda film)

Melbourne was a different city in 1954 but still planners were thinking about the future of the metropolis. This video shows how the Melbournians lived and worked nearly sixty years ago and planning faced many of the same challenges today.

An architect in the skies grows bored of his creation and decides to spice things up a bit in Melbourne CBD.

Visual slideshow of Enrico’s work over the past few decades.

The film captures a near forgotten period of the Swinging Sixties in Australian design with an examination, through expert interviewees and never before seen letters and photos, of the life and work of legendary architect Robin Boyd. It poses the question through critical photographs, quality filming and insightful interviewees of contemporary and 20th century design, ‘Is Australia Still Ugly?’

Appealing to anyone who grew up when ‘Aussie’ houses were either ‘brick venereal’ or faux Georgian or Tuscan, we laugh at suburban selves and examine the cultural cringe of the Sixties up to the year 2013.

The film also follows the psychological and physical decline towards Boyd’s tragic early death and sheds light on his previously unknown secret self through his own intimate letters. It is revealed through moving conversations with his students, children and closest friends, as well as academic commentators that Boyd shone as a great social commentator but struggled as a businessman.

Assoc. Prof Seamus O’Hanlon is a senior lecturer at Monash University. His first major sole-authored book, Together Apart; boarding house, hostel and flat life in prewar Melbourne was shrt-listed in the Local and Community history category of the NSW Premier’s History Awards in 2003. More recently, he published Go! Melbourne in the Sixties, co-edited with Tanja Luckins of the University of Melbourne, which was commended in the Collaborative/Community category of the Victorian Community History Awards in 2007.

Philip Watts is a film and television editor, but since the early 90’s he has been producing animated motion graphics for the television industry. He has also worked as a freelance cartoonist on a few occasions, and recently started combining the two interests and making his own animated short films.

Kerry Gardner is a Writer/Director of Australian documentary films on Art, Design and Architecture. As a film-maker, and person, Kerry’s interests span both Australian and international, historical and contemporary design and architectural projects.

With a background in performing and visual arts management, including holding key directorships with renowned Australian cultural organisations like; the Heide Museum of Modern Art, the Malthouse Theatre, the Australian Chamber Orchestra and the University of Melbourne’s Australian Institute of Art History, Kerry’s private and professional worlds blend seamlessly, providing access to the sometimes hidden and private worlds of great creative thinkers and practitioners.

Guests are invited for drinks on arrival at 6.30pm for a 7.00pm start.

For further information on this screening, please contact us at: dado@robinboyd.org.au.