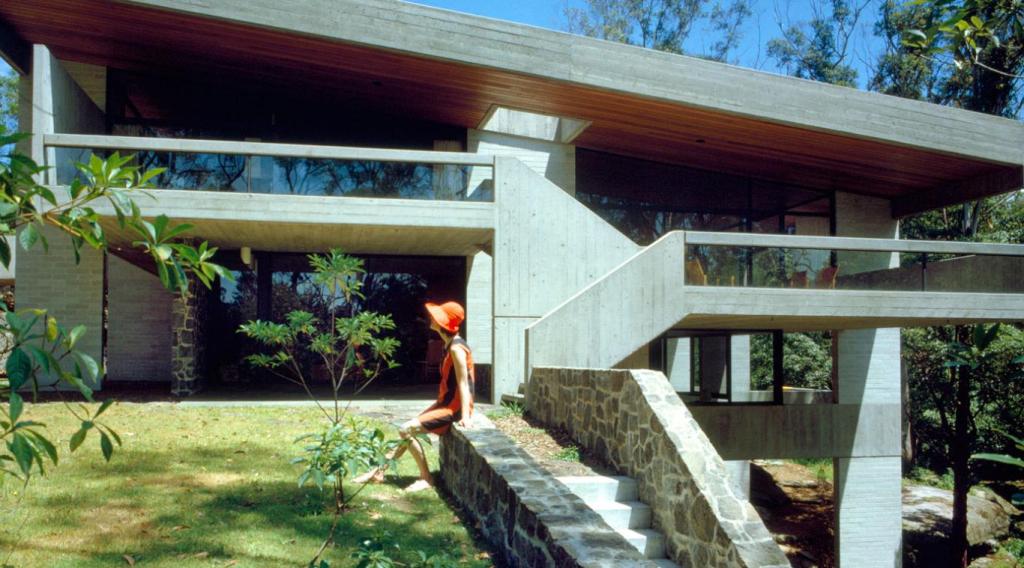 Harry Seidler: Painting Toward Architecture is the first major exhibition on the architect to showcase never-seen-before original artworks. The exhibition is opened at the Museum of Sydney until March 2015 exploring the designs and long-lasting collaborations Harry Seidler forged with the other names in art, architecture, design and engineering.

During the course of his life, he shaped the design of many of our most recognised buildings, including Australia Square, the MLC Centre and the radical Rose Seidler House, which is now one of Sydney Living Museums’ 12 cherished properties.

As well as celebrating his creative contributions, we will chart Seidler’s studies with Walter Gropius, Josef Albers and Marcel Breuer – before delving into his personal story.

To celebrate the exhibition Harry Seidler: Painting Toward Architecture we are opening several privately owned Seidler designed buildings to the general public for one weekend only.

Thanks to the generosity of the building owners, these exclusive tours give you the chance to experience the scale and diversity of Seidler’s work firsthand. Enjoy the drama of the Harry & Penelope Seidler House (1966–67) and the simplicity of the Tuck House (1952). And compare his early work in developing the compound of Rose Seidler House (1948–50), Julian Rose House (1949–50) and the Brian Seidler House (1949–51, formerly called Marcus Seidler House) with the high-rise living of the Cove (2003–04) and the Horizon (1990–98) apartment buildings.

Led by curators, owners and architects, including Penelope Seidler AM and principals at Seidler and Associates, these tours provide insights into how Harry Seidler shaped the way we live in Sydney.