The c.1965 Wentworth Memorial Church which was built as a memorial to the fallen soldiers of Second World War is of State significance as one of the most significant ecclesiastical examples of the Sydney School style of architecture, which came to prominence in the 1960s. The listing also includes a collection of moveable heritage including purpose- designed pews, furniture, artworks and metalware by significant Twentieth century artists such as Darani Lewers, Helge Larsen and Mona Hessing. These items contribute to the State heritage significance of the Church.

The Wentworth Memorial Church is widely considered to be the finest surviving work in the Sydney School style of the important mid to late Twentieth Century Architect Donald Gazzard (b.1929). Gazzard was the inaugural winner of the Wilkinson Prize for domestic architecture in 1961 and widely regarded as of prominence in the field of architecture.

The church is of State significance for its association with Vaucluse Estate of noted colonial explorer, poet journalist and politician William Wentworth and his family who developed the estate from 1827. The rocky outcrop where the church is now located was a favourite spot for William Wentworth to view his estate and was also where he chose to be buried as evidenced by the Wentworth mausoleum on the opposite side of this outcrop. The church represents a final phase in the historical development of the Vaucluse Estate, being the last built work associated with the family of William Charles Wentworth (c.1790 – 1872) and the fulfilment of the Wentworth family’s long held intention to consecrate the land and erect a church. 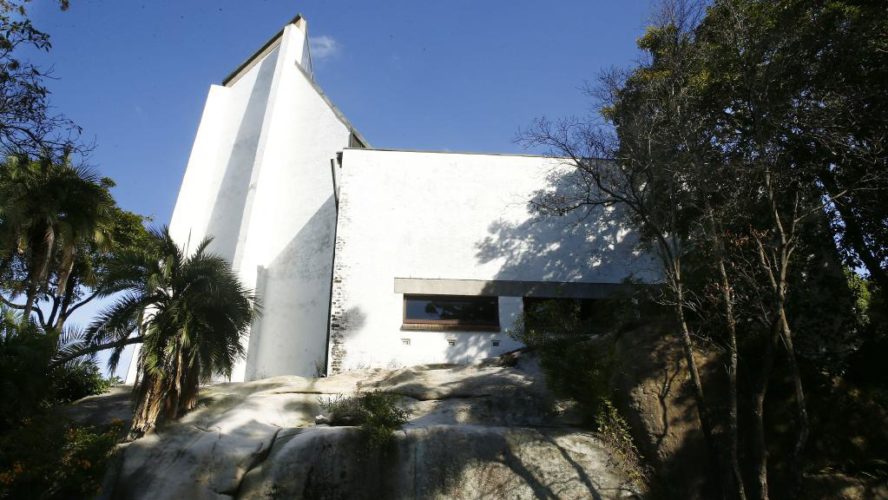