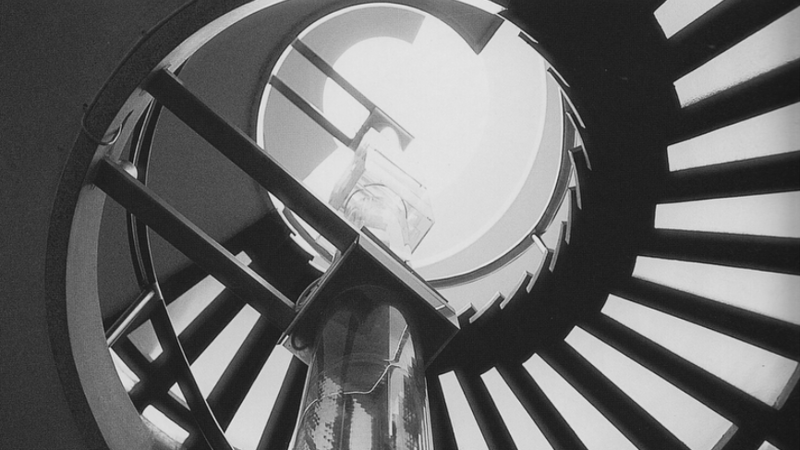 Gaden House interior, from “Gruzman, an architect and his city” by Philip Goad (2006). Photo: David Moore

Gaden House by Neville Guzman is under treat. Sign the petition published on Change.org and read the articles on ABC  and on ArchitectureAu.

We republish here the text of the petition proposed by architect Rory Toomey:

It is a largely intact example of Gruzman’s sophisticated output and is one of the finest surviving mid century modernist buildings in Sydney.

The building is the subject of current Development Application DA589/2017 and is under threat of being irrevocably changed and its significance erased.

We, the undersigned, believe this building to be an important surviving part of Sydney’s architectural history.

We believe the current proposal should be refused to protect Gaden House’s value as a rare example of 1960’s Sydney commercial architecture.

We believe an alternative approach to developing the site could preserve the building, restore its facades and interiors and enhance the building as an asset to both the owner and the community.

The advertising period ends this Wednesday January 10th. If you share our concerns about the proposal, please add your support to this petition.

We also urge you to email records@woollahra.nsw.gov.au referencing the DA number above and stating your objections to the proposed changes. You can also ask council to allow for additional time to review the proposal.

Image by David Moore from Philip Goad & Neville Gruzman, Gruzman, an architect and his city, pub 2006.

In the published histories of Australian architecture, Gruzman makes only a limited appearance. Robin Boyd and J. M. Freeland don’t mention him or his work. Jennifer Taylor discusses Gruzman only as a name among what could be loosely described as a Wrightian school in Sydney, and also in terms of the career of Glenn Murcutt. This is surprising but perhaps not unusual, as these histories track “movements” rather than the individualist architects who began their practices in earnest in the 1950s – architects like James Birrell, Peter Burns, Alex Jelinek, Stuart McIntosh, and, of course, Neville Gruzman. As a consequence, these architects sit outside any current architectural canon. At the same time, Gruzman and his works are well known. His houses were consistently published in the late 1950s and early 1960s. Then there was a gap in exposure until 1983, when a commemorative exhibition devoted to Gruzman’s work was held at the RAIA NSW Chapter, and another retrospective in 1992 at the Rex Irwin Gallery in Sydney. These drew considerable and intense interest.