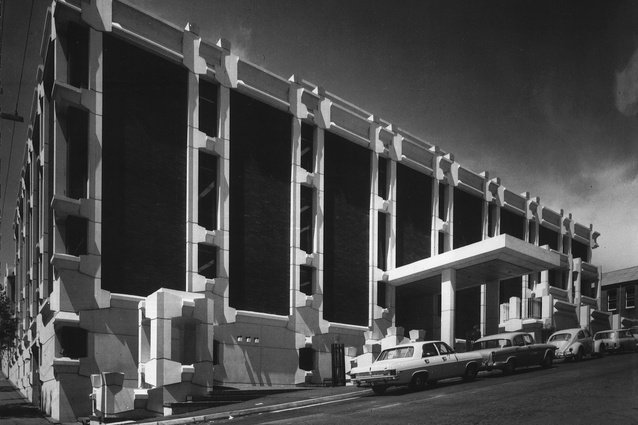 Join us for a lunchtime tour of the iconic Reader’s Digest Building in Surry Hills with architect John James.

Built 1965–1967 the Reader’s Digest Building has great importance in the context of post World War II commercial architecture because of its distinctive aesthetic expression that combined architecture, sculpture and landscaping, and because of its place outside the architectural mainstream of the 1960s.

In 2016 the building was awarded the NSW Award for Enduring Architecture. Open to buildings of at least 25 years of age, this award recognises achievement for the design of buildings of outstanding merit which remain important as high quality works of architecture when considered in a contemporary context.

Led by the building’s architect John James this tour will take in both public and privates areas over four levels, including the iconic roof terrace.

The Reader’s Digest Building designed by John James is a highly significant building because of its associations with three prominent designers – architect and scholar John James, designer and sculptor Douglas Annand and landscape architect Bruce Mackenzie. While James’s ‘philosophical opposition’ to Brutalism is often quoted, the building is recognised as an iconic and popular example of Brutalist architecture in Sydney.