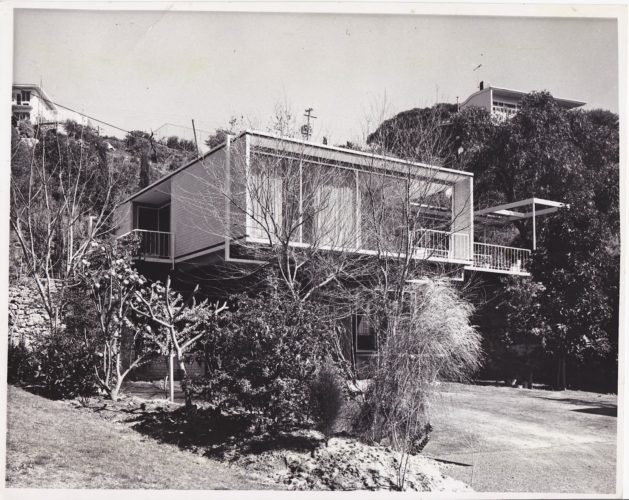 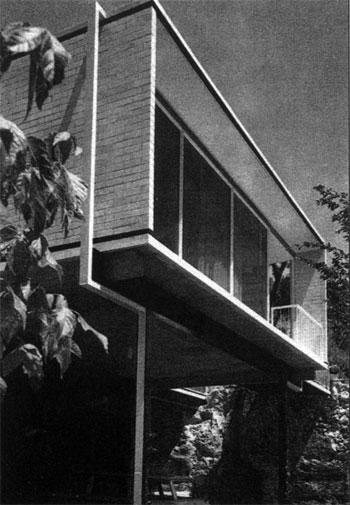 Designed by architect Geoffrey E. Summerhayes as his family home, the house was constructed in 1961 with two distinct zones: a formal section for adults and entertaining and a family area for two children. Allowance was made for future extensions and additional accommodation was constructed at undercroft level in 1966, with a later upper mezzanine gallery in the early 1970s. Flexibility in configuration of living spaces was a key concept in the planning along with considerations for privacy and maximising views within the natural setting. The house remained in use under successive owners until early in the 21st century. Afforded little maintenance in its final years and facing demands for more opulent accommodation, the place was demolished in 2005 and the site redeveloped with a new residence. 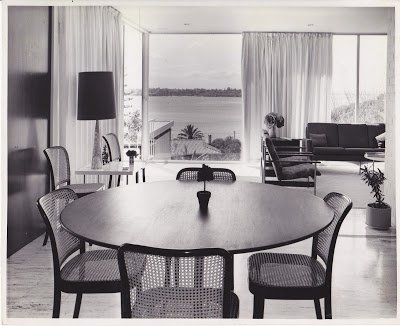