ROBB COLLEGE, University of New England, (Michael Dysart, NSW Government Architects, 1960-64)  is currently receiving conservation documentation attention with submissions being prepared for listing on AIA and NT registers, as there is mounting concern for its future. 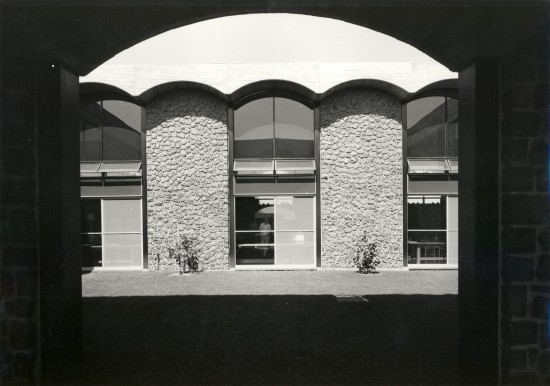 SIGNIFICANCE: Robb College is one of the first modernist college buildings to be erected on a university campus outside of Sydney. The use of the traditional quadrangle form widely employed for university colleges shows a renewed interest in the use of the Oxbridge model, rather than the American type campus planning of isolated buildings set in parklands.

The design is significant for the reinterpretation of details of the state’s significant public buildings and is one of a series of highly individual university buildings designed by the NSW Government Architect’s branch in the late 1950s and early 1960s. It is also a significant example of the work of Michael Dysart.

STAY TUNED FOR MORE on the FATE of this building.