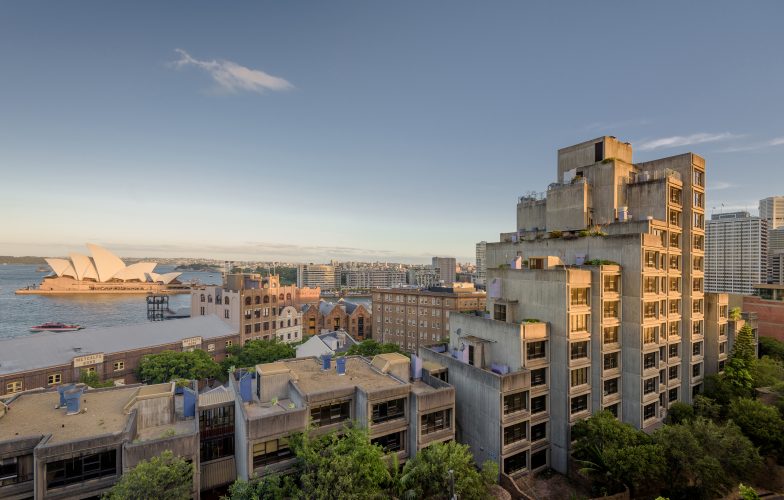 The world’s most treasured sites are sustained by individuals who are passionate about their future. That’s why we need your help.

Nominations are now open for the 2020 World Monuments Watch—a program that uses cultural heritage conservation to empower communities and improve the sustainability of their cherished sites. Every two years, with support of founding sponsor American Express, we partner with citizens, activists, and experts in the field to recognize and take action at 25 significant sites in need around the world. The result? More resilient communities, enhanced social inclusion, and new skills in the conservation field and beyond.

Could your treasured place be on the next Watch? Nominate a site or help us spread the word today.

Thank you for all you do to champion the world’s treasures.

A Brutalist icon, the Sirius Building was the product of environmental and social activism that left its mark on Sydney during the 1970s. Redevelopment of The Rocks, an adjacent harborfront neighborhood, was threatening to displace longtime residents. In response to community protests and the celebrated “Green Bans” movement, the Sirius Building was built in Millers Point, as public housing for local community members. It has since become an iconic sight along the approach to the Sydney Harbour Bridge, with a rising, pyramidal composition of stacked concrete boxes topped by rooftop gardens. The building was designed by architect Tao Gofers for the New South Wales Housing Commission and contained 79 units, some enjoying unobstructed views of the harbor and the Sydney Opera House.

Millers Point, one of Sydney’s oldest neighborhoods, was once the city’s maritime center. In the early twentieth century, it came under the control of the state of New South Wales, and has since then contained public housing, including Australia’s first. But as Sydney has grown into a global metropolis, Millers Point itself is now prime real estate. In 2014, the state government of New South Wales announced that it would sell hundreds of public housing properties in Millers Point and The Rocks, expecting to receive A$500 million, to be used for the construction of new public housing elsewhere. This was the latest among many sell-offs of government-owned properties during the previous decade. In preparation for the sale of the building, most of its residents were relocated, and only two residents now remain.

In February 2016, the Heritage Council of New South Wales issued a unanimous recommendation for the listing of the Sirius Building, for its architectural and cultural significance. But in July of that year, the Minister of Environment and Heritage rejected the recommendation, on the grounds that protective designation would diminish the building’s expected sale price, constituting undue financial hardship for the government. In July 2017, the Land and Environment Court of New South Wales invalidated this rationale and ordered the state government to repeat the decision-making process. The government, however, continues to defend its decision and has appealed the ruling. In anticipation of a final legal outcome, advocates maintain their call for the Sirius Building to be preserved as public housing, arguing that it should continue to serve the public in a cost-effective way. The 2018 World Monuments Watch calls on the government of New South Wales to respect the recommendation of its heritage experts and allow its citizens to maintain an important social legacy.

In October 2017, the government of New South Wales rejected the recommendation of the state’s Heritage Council to grant landmark designation to the Sirius Building for the second time. The state had been ordered to repeat the decision-making process after a July 2017 court decision. In December 2017, the New South Wales government placed the Sirius Building on the market for approximately A$100m. Even as the building’s last tenant prepared to relocate, community organizers maintained their efforts – in January 2018, local advocates announced their intention to assemble a bid for its purchase.