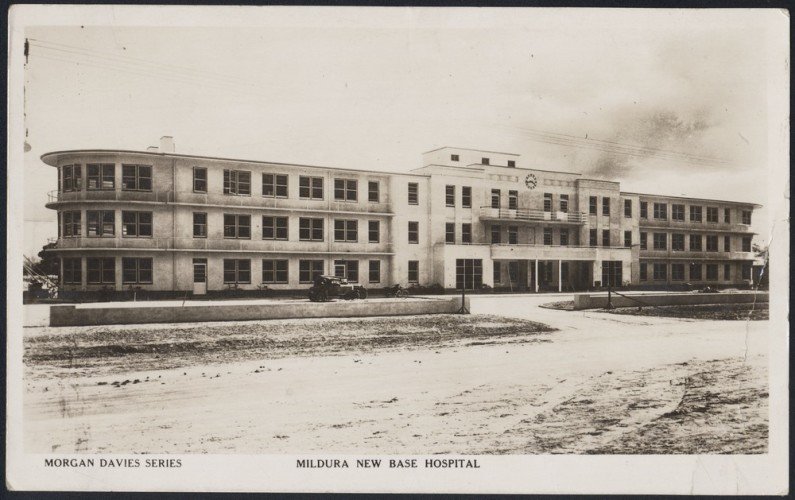 The hospital was designed for the rapidly growing inland, regional city of Mildura, several hundred kilometers from larger coastal cities Adelaide and Melbourne. It was part of a wave of hospitals designed and built in the 1930s and 1940s in Australia as government policies sought to create a comprehensive system of hospital care by encouraging the construction of so-called community or intermediate hospitals. Following the recommendations of visiting American hospital expert Malcolm MacEachern in 1928, the Victoria and New South Wales state governments pursued policies that saw the establishment of new intermediate hospitals to serve those who could not afford private hospital care but did not qualify for charity. New hospitals enabled advanced medical care in parts of Australia previously without such a service. In cities they filled the gap between the charity hospitals and the fully private institutions that existed at the time. While Mildura had an earlier hospital, the new “base” hospital marked a new era of advanced medicine and modern accommodation