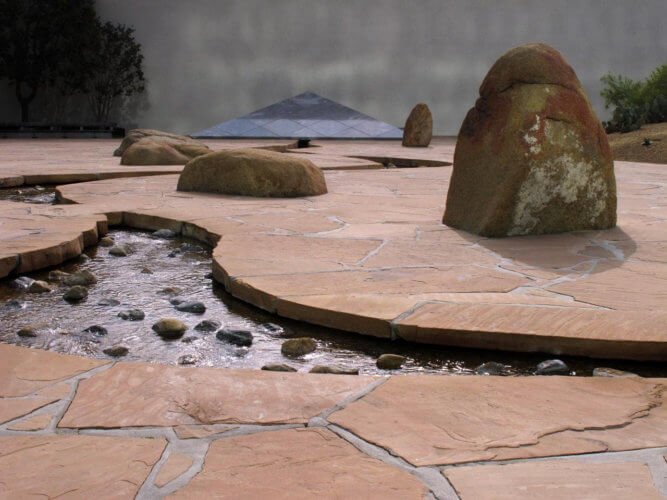 Where: B117 Theatre, basement level, MSD (Melbourne School of Design)

Probably no figure in modern American landscape architecture has been more influential, yet more ambiguously regarded, than the sculptor Isamu Noguchi.

Although his landscapes include several of the twentieth century’s most original designs, and have received almost universal praise, Noguchi nonetheless occupies a place well-removed from normal practice. As an artist, he relied more on intuitive thought than functional analysis, and shaped his landscapes as if making sculpture: both landscape and sculpture, he believed, had space at their root.

Without question, Noguchi also addressed the functional and cultural conditions of each project, but his ranking of these concerns diverged from those more typical of the landscape architecture profession. Instead, Noguchi took landscape design primarily as a spatial and formal art, and from his earliest projects in the 1930s to the works of later maturity he succeeded in conceiving and constructing a series of remarkable places.

Looking at landscapes artistically conceived provides the landscape architect with the means and forms with which places are made, using a heightened investigation rarely available in practice.

About Marc Treib
Marc Treib, Professor of Architecture Emeritus at the University of California, Berkeley, is a landscape and architectural historian who has published widely on modern and historical subjects in the United States, Japan, and Scandinavia. He is the author of Noguchi in Paris: Isamu Noguchi and the Unesco Garden; his most recent books are Austere Gardens and Pietro Porcinai and the Landscape of Modern Italy (co-edited with Luigi Latini), both published in 2016. 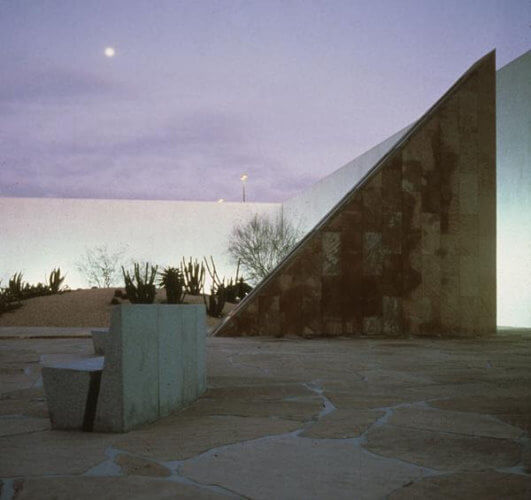