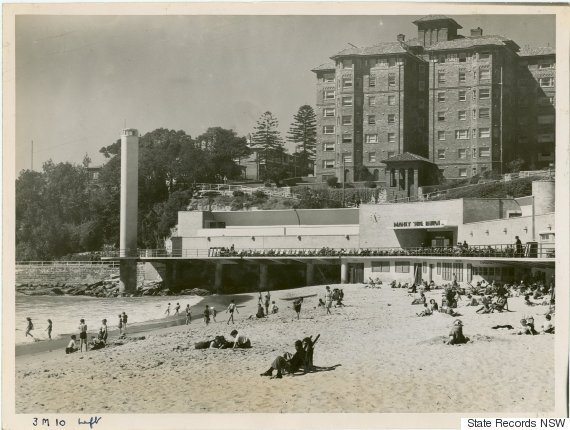 Sea bathing was considered to be beneficial for health. It was not, however legal, in NSW for people to be “bathing in waters exposed to views from any wharf, street, public place or dwelling house between the hours of 6 am and 7 pm”. (www.surflifesavingsydney.com.au)

In1902 a Manly newspaper editor, William H. Gocher, took on the authorities and announced he would enter the surf at noon on Sundays. Eventually, he was apprehended but no charges were laid. Finally, the legislation was altered and swimming was allowed, provided the bathers were discreetly dressed in neck-to-knee costumes. Manly became a popular weekend destination.

In October 1907 the Surf Bathing Association of New South Wales was formed when representatives from various clubs, including two Manly clubs, the Manly Surf Club and the North Steyne Bathing and Life Saving Club, met at the Sports Club in Hunter Street, Sydney. In 1920 the name was changed to the Surf Life Saving Association of New South Wales. In 1922 the name changed once more to the Surf Life Saving Association of Australia, marking the introduction of clubs from Queensland. Their headquarters remained in Sydney. The Manly Surf Club continued to operate, building new headquarters shortly before World War II. The building, designed by Erci W. Andrew won the 1939 Sulman Award. Life Guards continue to patrol the beach today, ensuring that swimmers remain between the flags.

Prize-winning civic architecture in the ‘ultra-modern’ style of the late 1930s. The pavillion was awarded the Sulman Medal for Architecture in 1939. The Sulman Award judges noted that “the most noticeable quality of the pavilion it its complete harmony with its setting”. It is felt that nothing more could be done to make it, as it should be, an integral part of the landscape, and a difficult site has indeed proved to be the architect’s opportunity. The planning is clear, direct and freely treated, and the organization of the volume of the building is most skillful. The elevational treatment is very satisfactory, with a nice balance between form, line and texture. The handling of the detail shows a high degree of refinement and a good sense of colour”

The design team included E A Winsome Hall and possibly Sydney Ancher. Ancher is thought to have prepared the perspectives.

Demolished in 1980 due to concrete cancer.

The Manly Surf Lifesaving Pavilion was an L-shaped located at the southern end of the beach.

The building was constructed on South Steyne, Manly Ocean Beach fronting the water. The beach is separated from the waterfront park by a sea wall. A series of Norfolk Island pines line the curve of the beach.

The building was designed with concrete baffles to allow light to enter but not views.

The beachfront esplanade was continued in front of the surf pavilion allowing pedestrians to continue on to Shelly Beach / Fairy Bower.

The survey of the Sulman Architectural Award Winning buildings, Architecture in Transition noted that the building “represents a gear change in the introduction of modernism into Sydney Architecture”, paving the way for the later work of Sydney Ancher and Harry Seidler.”

Manly Ocean beach, one of Sydney’s main ocean beaches had been a popular weekend destination since the commencement of the Manly ferry in the nineteenth century. The park dates from the late nineteenth century, the surf pavilions are more contemporary.

Indicating the growing popularity of surfing and swimming, as well as indicating the need for surf life-saving patrols at beaches with dangerous rips.

This building was an important modern icon in Sydney. A surf pavilion continues to occupy this position at the southern end of Manly Ocean beach, adjacent to the safe swimming area.

Refer to Architecture in Transition

Images from Architecture in Transition and www.surflifesavingsydney.com.au 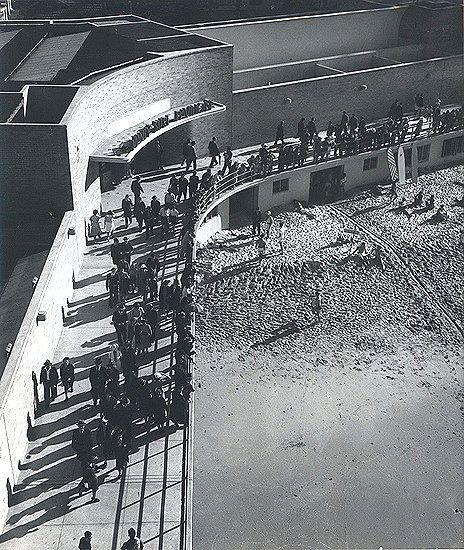 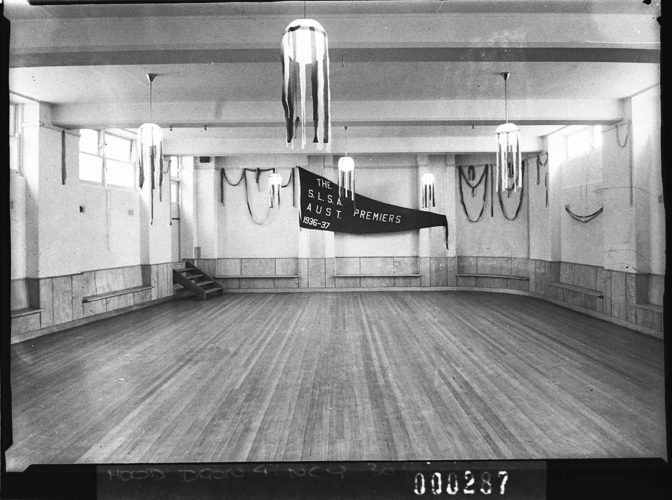