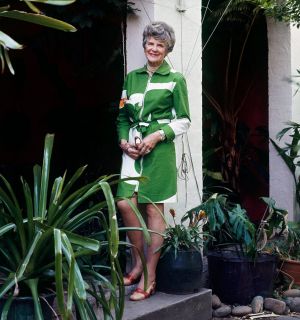 A colour visionary, Marion Hall Best in the courtyard of her Woollahra home. Photo: Rodney Weidland

Sydney Living Museums announces a colourful, dynamic new exhibition celebrating the career of one of the first independent and most influential Australian interior designers – Marion Hall Best: Interiors opening on 5 August at the Museum of Sydney. This exhibition is part of Sydney Living Museums’ larger A Modernist Season throughout July to November. Described as electrifying, vital and avant-garde, Best’s interior decorating schemes were unashamedly modern at a time when other interior designers preferred a subdued palette and period furniture. She claimed that “gentle, soft colours … are not restful, but dreary, sapping the energy and the mind”; by contrast, “bright clear colours challenge the mind.” Her interior decorating style vibrated with colour through her signature glazed painted finishes on walls and ceilings. “Best had a love of colour and an uncanny ability to use it to transform a room,” says exhibition curator Michael Lech. “Sydney Living Museums holds the largest collection of textiles, furnishings, ephemera and imagery relating to Best’s work, which will be on display in this exhibition showcasing her career.” 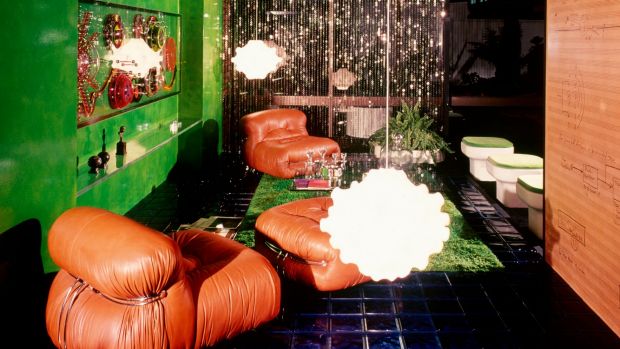 This 1971 exhibition room was designed by Best and Deirdre Broughton. It was inspired by the composer Peter Sculpthorpe. Photo: Michael Andrews

Although she designed mostly private commissions, Best’s work was promoted more broadly through photographs and articles in popular magazines and newspapers, exhibition display rooms and in her two shops in Queen Street, Woollahra (1939–74) and Rowe Street, Sydney (1949–61). Best was inspired by the modernist movement and colour theory of artists of the interwar years. She is attributed with introducing international modernism to the Australian market through importing furniture and furnishings from all over the world including: textiles by Marimekko, Jim Thompson Thai silks and Indian cottons, French wallpapers from Nobilis and Follot, furniture by Knoll, Herman Miller and Cassina, lighting from Flos and Iittala. “Marion Hall Best: Interiors is a part of our Home & Architecture series, celebrating modernism in Australia, the renewed public interest in its bold, simple, aesthetic and its significance to Sydney’s heritage,” says Mark Goggin, Executive Director, Sydney Living Museums. Michael Lech further notes, “Best’s ability to transform space through colour has rarely been matched. Her work, once seen, was seldom forgotten.” 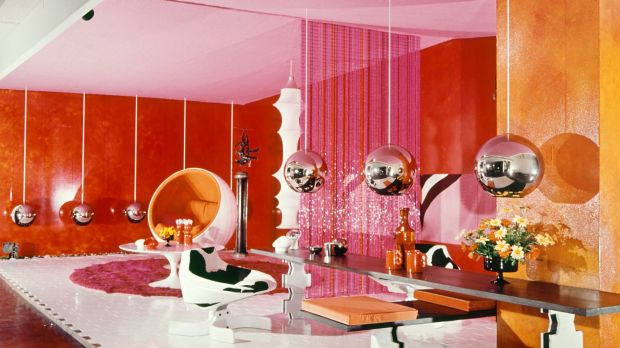 Marion Hall Best (1905-1988) was one of Australia’s most important and influential 20th century interior designers. She was an outstanding figure in the dissemination of the ideas of international modernism in relation to interiors in Australia.

She was born Marion Esdail Burkitt in 1905 in Dubbo, one of four children of Dr Edmond Henry Burkitt and his wife Amy Theodora Hungerford. She was educated at Frensham School, Mittagong, and trained and worked as a nurse before marrying prominent Sydney dentist John Hall Best in 1927. Her early career developed out of contacts made in Sydney’s arts and crafts circles in the 1920s, including those gained while attending art and design classes with Thea Proctor. She took on a series of private decorating commissions in the 1930s and continued to study, enrolling in first-year architecture at the University of Sydney in 1938 and, in 1939-40, completing a New York-based correspondence course in interior decoration.

In 1938 Best opened Marion Best fabrics, a workroom with display area in Queen Street, Woollahra, to which she later added a retail business. Up until its closure in 1974 the shop stocked local designs – furniture by Gordon Andrews, Clement Meadmore, Roger McLay; printed textiles by Frances Burke, Douglas Annand and others – as well as a wide range of imported textiles, wallpapers and furniture – textiles by Marimekko and Jim Thompson; wallpapers from Nobilis and Follot; furniture by Saarinen, Bertoia, Aarnio, Danese Milano and McGuire Company. In 1949 Marion Best opened a small shop in Sydney’s Rowe Street, an enclave of shops and galleries specialising in art, craft and design. These retail outlets were a source of inspiration for the local design profession.

Marion Best’s career spanned a period in which the very concept of an ‘interior designer’ was invented, a period of transition from the department store decorators and art furnishers of the 1920s to the independent professional designers of today. She was a founding member of the Society of Interior Designers of Australia and instrumental in the emergence of the profession.

The Marion Best collection comprises material from several sources: from Marion Best’s daughter Deirdre Broughton, and from other family members; from former staff of Marion Best Pty Ltd, including Mardi McElvenny; and some items from former clients.

MHB/C/1-6
Collection of six small exhibition catalogues which include interiors by Marion Hall Best. The catalogues are: Exhibition of an Englishman’s home from 1700 to 1941 (1941). A walk through Europe (1950), Rare and beautiful things (1961), Sydney’s “Ten best dressed rooms” (1962), Rooms on view (1967), Rooms on view 1971 (1971).
MHB/C/7
1937 prospectus for Luxury flats for moderate incomes: 7 Elizabeth Street Sydney with interiors designed by Marion Hall Best.
MHB/C/8-10
3 folders of cuttings from newspapers and magazines arranged chronologically and covering the period 1955-1974. The cuttings were originally housed in a ring-binder covered in Marimekko fabric (MHB/C/11)

L2002/59
Five boxes [7 x 22 x 22 cm] containing colour samples, c1960. These boxes were made by the staff of Marion Best Pty Ltd to show clients potential colours/colour combinations for interior furnishing schemes. Marion Best’s strong interest in colour was a hallmark of her style, leading to the development of a technique of colour glazes in which intense chartreuses, purples, pinks, reds, oranges and blues were combined to create mirror-like wall finishes.