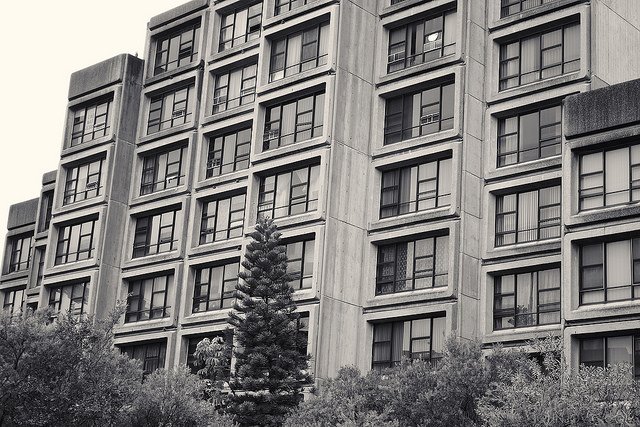 Docomomo Australia, the Australian branch of Docomomo International (currently
headquartered in Lisbon and charged with identifying, documenting and conserving buildings,
sites and neighbourhoods of the Modern Movement) makes the following submission to the
New South Wales Government regarding the Draft Sirius Site SSP SEPP on exhibition until
16 February 2018.

Not an SEPP
It is noted that the public exhibition of the Draft Sirius Site SSP SEPP does not, in fact,
include the text of the proposed draft SSP SEPP for the Sirius site. Rather, the public
exhibition includes an Explanation of Intended Effect (EIE) document, a Planning Report
prepared by the NSW Department of Planning & Environment (DOPE) and appendices
including an Urban Design Report (Appendix A), Heritage Report (Appendix B) and three
planning maps (Appendix C) covering Height of Building, Land Application, and Land Zone.
The failure to include the proposed text and associated maps of the SEPP is of concern
because it is not possible to ascertain how the intended outcomes expressed in the EIE for
the site will, in fact, be translated into concrete controls. This is of concern given the conflict in
building height stated in the EIE and the other exhibited documents.

Errors in documents
It is of concern that there are errors of fact in the documents.
The Land Use Map (Planning Report, p.10, figure 8) has numerous errors. For example, the
Harbour View, Mercantile and Glenmore Hotels are not shown as hotels, the terrace houses
near the Mercantile Hotel in George Street are shown as commercial premises when, in fact,
they are a mix of retail and commercial, the premises on the opposite side of George Street
are shown as retail when they are a mix of retail and commercial, etc.
The heritage report has an incomplete list of heritage items in the vicinity of the subject site
(Section 6.1, p.21) including all the buildings immediately below the site in Playfair Street,
Atherden Street, etc. In addition, the Heritage Report erroneously states that the existing
Sirius Building is not listed on the National Trust Register or the AIA’s List of Significant
Architecture.
Errors can lead to a misrepresentation of the significance of the existing building and also to
the significance and fine-grained use of the surrounding area within which a new building is
proposed. 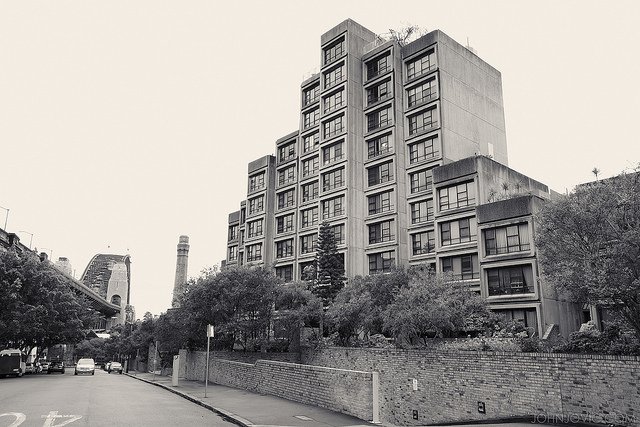