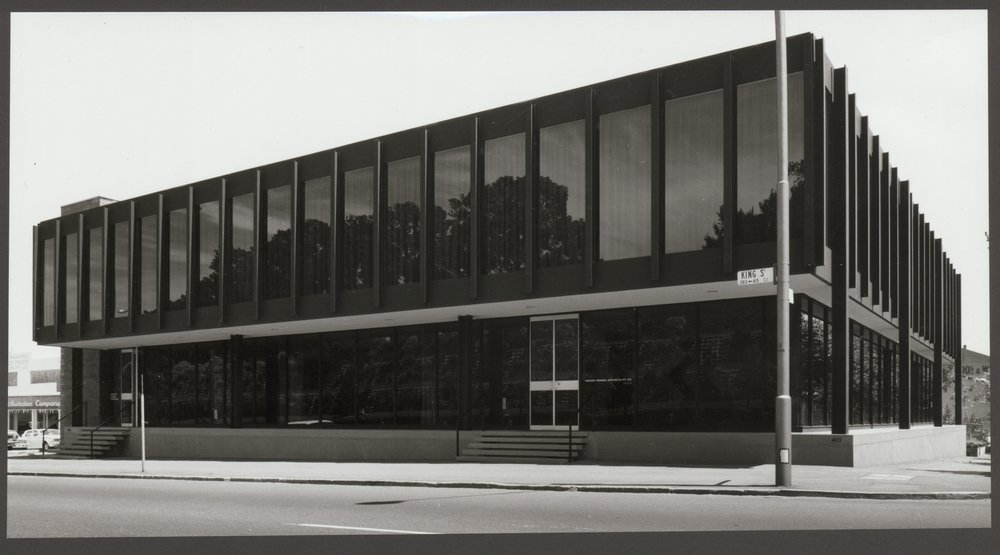 Note: Docomomo Australia – Victoria will be making a submission objecting the development and any members who would like to do so individually should write to the Melbourne City Council.

One of Melbourne’s best, but least known, heritage listed modernist gems, on King Street opposite the Flagstaff Gardens, is proposed to have a tower poking out the top – if you dont like what you see, then send the City of Melbourne Planning section an objection like our linked below! Built as the offices of Yuncken Freeman in 1970, and elegantly detailed with expressed steel columns, inspired by German/US modernist master Ludwig Mies van der Rohe, this unassuming building is one of Melbourne’s purest modernist masterpieces.

Melbourne Heritage Actions believes that while a large scale development on this site might be inappropriate, steps must be taken to better ensure a design more sensitive to the heritage listed building below, with greater setbacks and a stronger separation between old and new.

There is no doubt that this building is one of the lesser known but most important landmarks of modernism in Melbourne, not just the City of Melbourne.It was designed by the prolific firm of Yuncken Freeman, who were the leaders in the provision of corporate modernism in Victoria in the 1960s and 70s. They produced a number of office buildings in variations of the latest in minimalist style, inspired by the leading modernist in the United States Mies van de Rohe and the interpretations of his oeuvre by Skidmore Owings & Merrill. It was the first of their designs to be clearly following the Mies / SOM lead, and was designed as their own offices.This significance is recognised by the fact that it already has an individual HO, and a B grading dating from the 1980s, and is now recommended for an A grade by the West Melbourne Heritage Review, recently approved by Council……

407 King Street as captured by Peter Wille in 1968, courtesy of State Library

As reported in March by the Sydney Morning Herald, not mentioning Yuncken Freeman, the property at 407 King Street was sold for $14.6 million to a foreign investor. 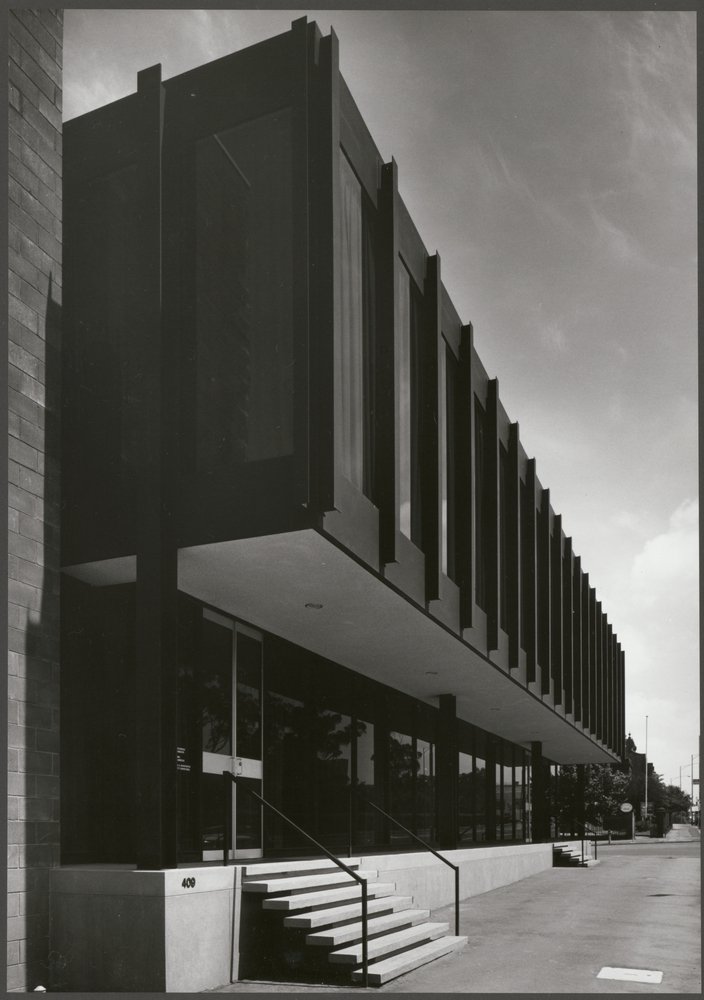 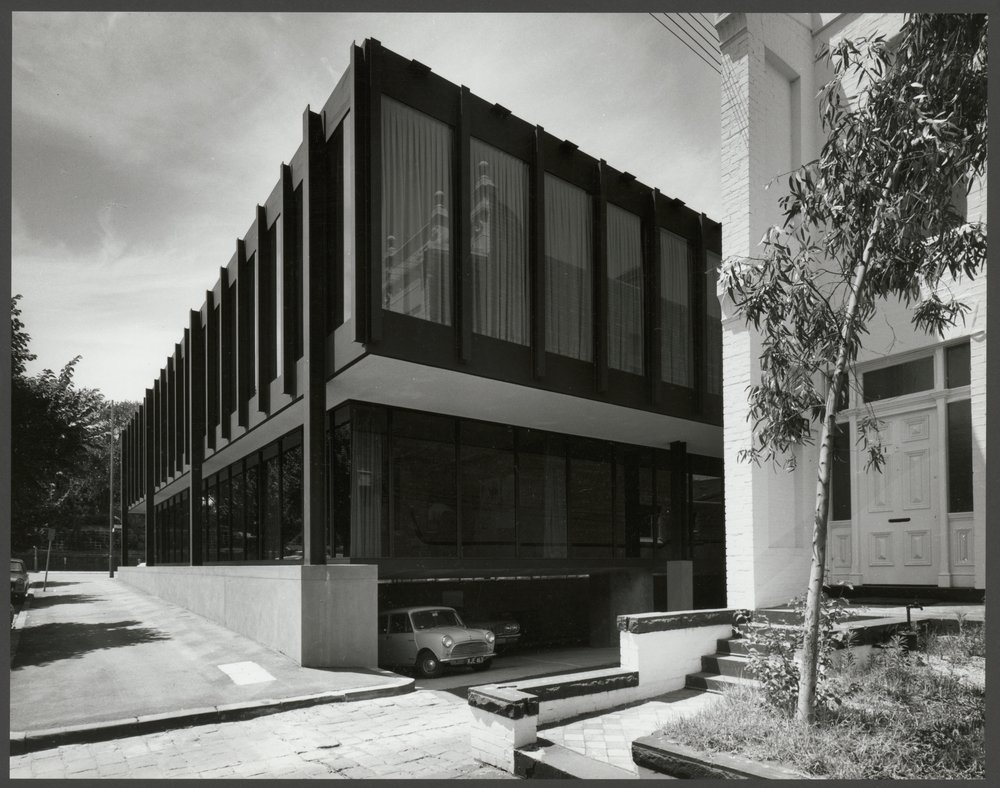