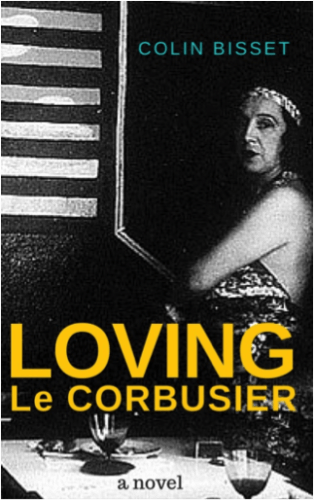 ‘When I visited Le Corbusier’s apartment in Paris I was surprised to find that there was not a single photograph of his wife. In most books she was mentioned only in passing as a model. I wanted to know more.’

Loving Le Corbusier is a tale of love and loss set against the great events of 20th century Europe.

Loving Le Corbusier follows the life of the young woman from Monaco who captured the heart of a man who became one of the most influential and divisive architects of the twentieth century. Spanning the period from the end of the Great War to the Riviera chic of the 1950s, Yvonne witnessed the fun of the Jazz Age and the desperate loneliness and displacement of Occupied France in World War Two. The novel is peopled by some of the most creative characters of the century, and set in France’s most stunning locations, from Paris in its Art Deco heyday to the glittering sunlight of the Côte d’Azur. As Le Corbusier’s fame grows, so, too, does the distance between him and his wife. This is a portrait of a love affair that defies the odds, and of a country in flux.

Colin Bisset was born in the UK but now lives in Australia. He is a regular architectural and design commentator for ABC Radio National (Australian Broadcasting Corporation). He has a degree in History of Art, specialising in modern architecture, and he is the author of the novel ‘Not Always To Plan’ (Momentum/ Pan Macmillan)