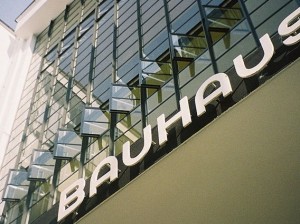 Founded in Germany in 1919, the Bauhaus school, which sought to reconcile the arts and crafts movement and create a new aesthetic that would serve industry, was undeniably the 20th century’s most important school of art, design, and architecture. The faculty included leading artists such as Wassily Kandinsky, Lyonel Feininger, Paul Klee, and Oskar Schlemmer, and architects such as Walter Gropius and Ludwig Mies van der Rohe. The film looks at the post-World War I origins of Bauhaus and its revolutionary influence, unveiling the real story behind its closing and the political collusion among some of its members under Nazi Germany. Personal accounts by alumni and archival excerpts reveal the visions of some of the school’s former teachers. (source: Museum of Fine Arts Boston)