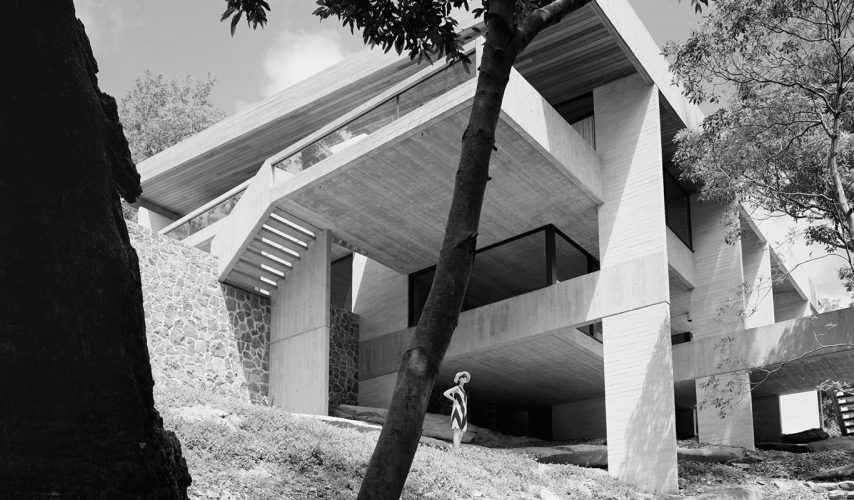 The building occupies a steep bushland site, sloping westwards to a creek. The building is approached from the road at the top and steps down from a cantilevered garage through four half levels which follow the slope of the land.

The top level consists of kitchen, dining and study, the next living room and main bedroom, the third children’s room and bathroom, with studio, laundry and guest bedroom at the bottom having access to the garden.

The house embodies both a vertical and horizontal extension of space. The level changes and central open well provide a visual link from top to bottom. Large areas of glass and projecting terraces draw the eye out from each level to the natural landscape setting. 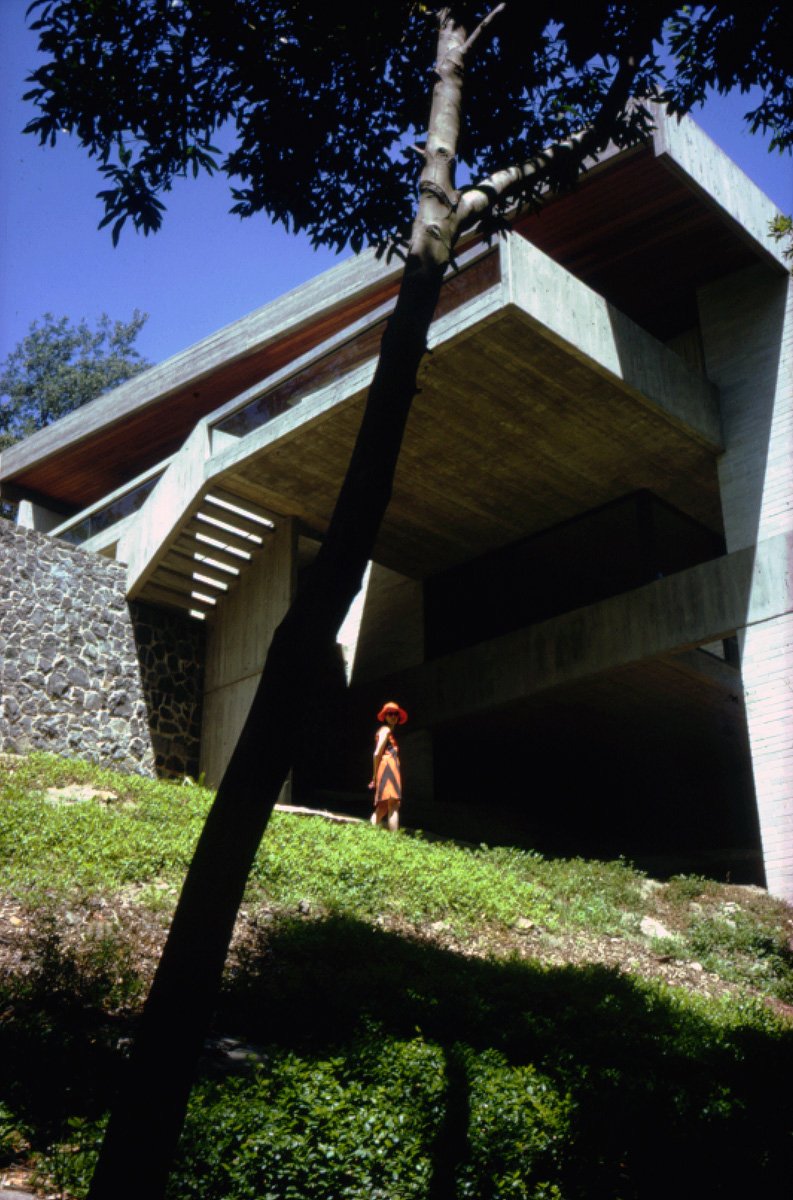 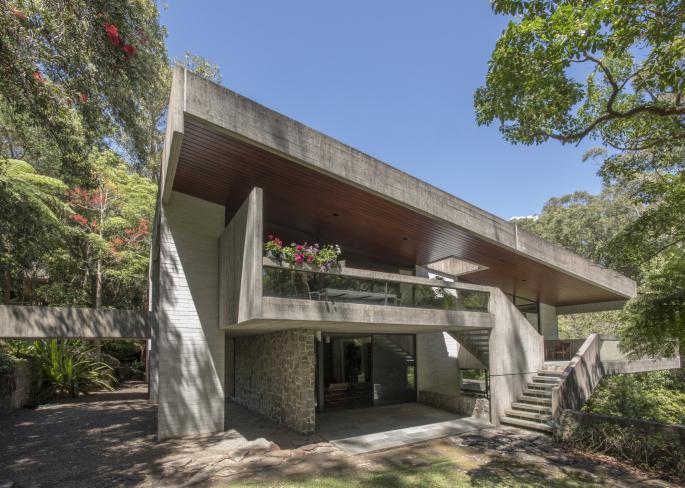 Harry and Penelope Seidler House, KIllara, in a Video by Monocle Magazine