Following years of assessment and conversation, the Hoddle Grid Heritage Review, prepared by Context Heritage Architects, is up for consideration by City of Melbourne councillors, recommending permanent heritage controls for over 130 buildings in Melbourne’s CBD.

Commissioned by Greens councillor Rohan Leppert in 2015, The Hoddle Grid Heritage Review (HGHR) outlines significant and important heritage buildings and places within the Hoddle Grid. Proposed individual heritage overlays has arisen from this report, with a keen focus on those constructed between 1945-1975 that represent the boom of modernist skyscrapers employing glass facades, new materials and fabrication technologies, and in stark contrast to the more traditional Victorian streetscapes prevalent in the Melbourne CBD. 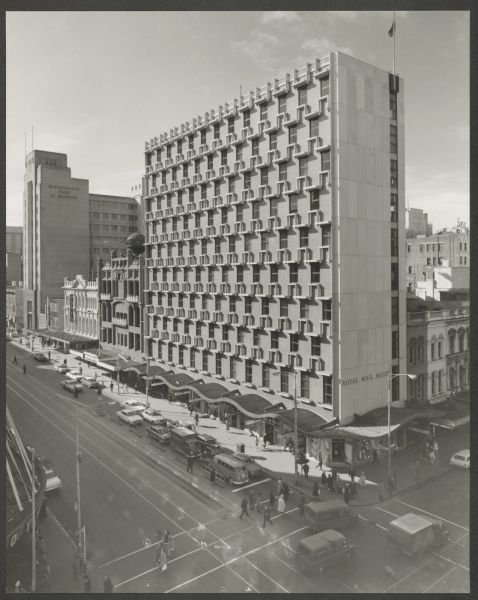 In addition to specific building overlays, the HGHR also lists precinct protection. Precincts typically refer to a collection of streets or walkways that previously represented a purpose, intent, or activity historically. The proposed precincts for listing are Flinders Street East, Swanston Street North, Swanston Street South, Drewery Lane and the extension of the Little Lonsdale Street heritage precinct which incorporate some of Melbourne’s most significant buildings, transport infrastructure, and cultural heritage.

City of Melbourne first presented the HGHR and Amendments C327 and C328 at the Future Melbourne Committee (21 August 2018 – meeting minutes can be found here) and was interim controls under C327 were approved by the Minister for Planning, coming in to effect on 18 October 2018 with an interim period until 29 May 2019. These controls were extended to 29 May 2020, and have since culminated in the confirmation of permanent control (C328) with formal exhibition to the public following Council’s recent meeting. More information about the Council meeting 04 August 2020 can be found here.

The reports, and messages from the councillors and Lord Mayor Sally Capp, reiterate the importance of heritage assessment not solely being based on the age of the building, but recognising its value in place and context and what it represents of the time of its construction. Many of the buildings listed in the report have been previously listed as significant in the National Trusts 2014 report ‘Melbourne’s Marvellous Modernism‘. Those slated for permanent controls are predicated on the post-war optimism and construction, cultural, and material innovations introduced to the architectural landscape by eminent émigrés, such as Jewish architect Kurt Popper who catapulted the idea of ‘city living’ in the 1970s and paved the way for hugely successful urban renewal projects such as Postcode 3000, which commenced in 1992 by Councillor Rob Adams.

Numerous ACAHUCH collaborators have been involved in the process, such as Lovell Chen under the directorship of ACAHUCH Advisory Board Member Peter Lovell – more information about their report for C258 here. More information on City of Melbourne’s Heritage Reviews can be found here. The full breakdown of papers provided by the City of Melbourne to Councillors for consideration can be found below:

ACAHUCH welcomes the findings of the Report and looks forward to the outcome of the Councillors determination in the second half of 2020. 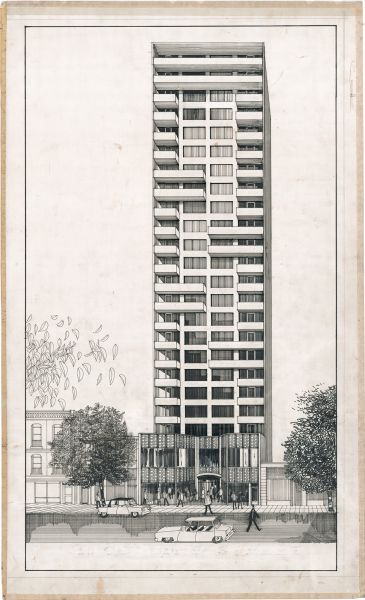