1954 Boiler House recommended for inclusion in the Victorian Heritage Register 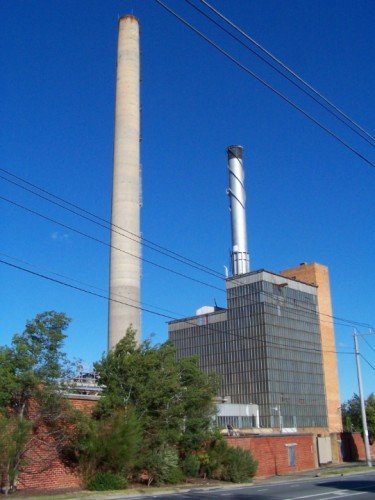 Last year Docomomo Australia wrote a submission to the City of Yarra to urge careful consideration of the heritage and architectural merit of this structure (pdf file of the submission).
The structure has recently been recommended for inclusion in the Victorian Heritage Register.

(republished from the page of the Yarra City dedicated to the Alphington Paper Mill site redevelopment)
Full text at https://www.yarracity.vic.gov.au/planning–building/Major-developments/alphington-papermill/

The Executive Director of Heritage Victoria has advised Council that the 1954 Boiler House, located on the former Alphington Paper Mill site, has been recommended for inclusion in the Victorian Heritage Register.

The Heritage Council will consider this recommendation before deciding if the building is to be added to the Victorian Heritage Register.

To view the recommendation in full and to access the submission form, please visit www.dtpli.vic.gov.au/heritage-recommendations

All queries about submissions should be directed to the Heritage Council Secretariat on 9208 3666 or heritage.council@delwp.vic.gov.au

If it is successful, Heritage Victoria would become the responsible authority for any works affecting the building.

Council considered this matter at a Special Confidential Council Meeting held on 19 September 2016.  At that meeting, Council reaffirmed its position that the 1954 Boiler House should be removed to enable the coherent development of the former Alphington Paper Mill site, as shown in the approved Development Plan.

Council’s resolution from 19 September 2016 is as follows:

“That Council notes the officer report in relation to the nomination to Heritage Victoria by a community member for the registration of the 1954 Boiler House at the former Alphington Paper Mill site, Alphington.

reaffirm its position that the 1954 Boiler House should be removed to enable the coherent development of the site as shown in the approved Development Plan.”